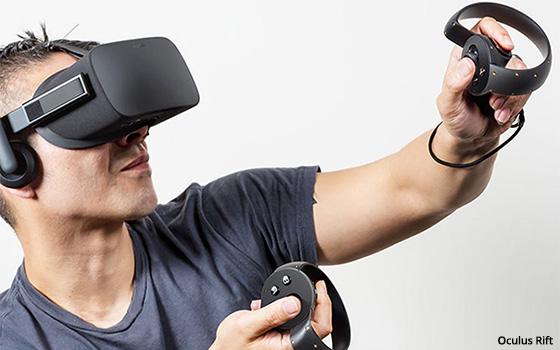 Despite the experience it can provide, virtual reality is still a relatively small component of the Internet of Things.

One of the key barriers is the cost, with 96% of the online population who do not own a VR headset, according to a new study.

The price has been a growth barrier, but headsets from Google and Facebook’s Oculus this year could change that, since they are cheaper and don’t need a high-end smartphone or PC to work, notes the report.

The study by Global Web Index comprised a survey of 97,000 online consumers, 3,800 of whom own a virtual reality headset.

The potential for marketing in VR is alluring, since it presents the opportunity to place messaging literally right in front of people's eyeballs.

The study found that branded content can play a role in purchasing, with 27% of headset owners motivated to purchase by exclusive content and more than a quarter (27%) using video while searching.

Inside VR advertising is still at the developmental stages. However, ad blocking may become an issue as virtual reality grows. The study found that more than half (54%) of VR headset owners block ads in their current digital interactions. Here are the reasons:

Aside from blocking ads, VR headset owners interact with brands in number of ways, such as watching their videos (31%), downloading and using branded apps (31%) and playing branded games (24%).

Much of VR marketing is still at the experimental phase, so there’s time to learn from past digital consumer experiences. The study already shows why VR headset owners block ads when online. Virtual reality marketing presents an opportunity to learn to do it right, while the market is still relatively small.