For Easter Brand Marketers, Social Media Has Its Fluffy Favorites 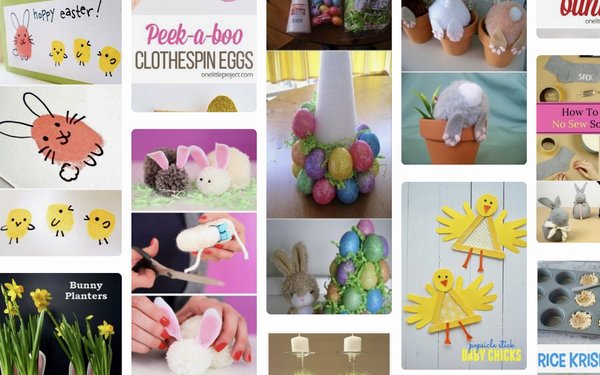 Around $18.2 billion (that’s a B as in bunny) is due to be spent by consumers this year on celebrating Easter, according to the National Retail Federation, and marketers know that social media is the basket that should hold a lot of their fanciest promotional eggs.

NewsWhip, which monitors Internet trends in real time for brands and newsrooms, has been tabulating who’s going where and when. For example, last year NewsWhip observed that Facebook Easter-related content was nothing much until a couple of weeks before the holiday. Pre-holiday, engagements were just in the 1 million range. As Easter got nearer the appetite for Easter content hopped to beyond 12 million.

But on Pinterest, perhaps because its users are more craft oriented, engagements spiked at 350,000 more than a month before Easter, and then again — but only to about 250,000 — a couple weeks before. By the time Easter rolled around on April 16 last year, engagements of Easter-related Web content fell to around 50,000 and lower.

Marketers looking for an Easter food and candy push from influential Websites last year found gold at NPR.org, with over 61.000 engagements. Via Facebook, the top pages were CakesandCookieWorld, with a whopping 1.4 million engagements. The second-place finisher, Delish.com, had 1.2 million. RealHouseMoms, with nearly 185,000 engagements, was 10th on the Facebook list, but even it had more than twice as many engagements as the stand-alone traffic at NPR.org

On Instagram, the food and drink spot to be last year was over at Jamie Oliver’s place, with over 651,000 interactions, leaving just crumbs for Tastemade, the second spot on the list, with 173,432.

Beyond consumer goods, NewsWhip looked at what Easter-related stories had legs. Tops was “19 Things to give up for Lent that aren’t chocolate” from Dailyworld.com, with over 393,000 interactions to “Confirmed:  Gays Are Lacing Easter Eggs with Homosexual-Inducing Food Colorings” with nearly 117,000 interactions, good for seventh place. It came from Onlyinamerican.com. Mainstream media might have missed it.

This year, tops so far is “The best thing to give up this Lent is plastic, not chocolate” from Metro.co.UK with over 337,000 interactions.

But a lot of the hot news has a slightly more religious frame of reference than last year’s. Top Easter news stories on social media include “Why does Lent last 40 days” and “Here’s why Catholics don’t eat meat on Fridays during Lent” both from BeeCatholic.com, which also landed two more spots on the Top 20. Echoes of the Fox News-inspired Say Merry Christmas trend are found in two Top 10 news stories, from Lifesitenews.com and Breitbart.com for the same story,  “Apple removes Good Friday, Easter from calendar for iPhones.”

Peeps, which dominates the food and candy related social media categories, is fifth on the overall list for “Peeps Is Launching 8 New Flavors Just In Time For Easter—Including Some Mystery-Flavored” from Simplemost.com

On the opposite end, finishing second among top Instagram Easter-related posts this year is Lush Cosmetics’ downer, “While animals might make adorable Easter presents, the reality is far less cute: 95% of all animals given as Easter gifts die within the first year ...” with over 91,000 interactions.