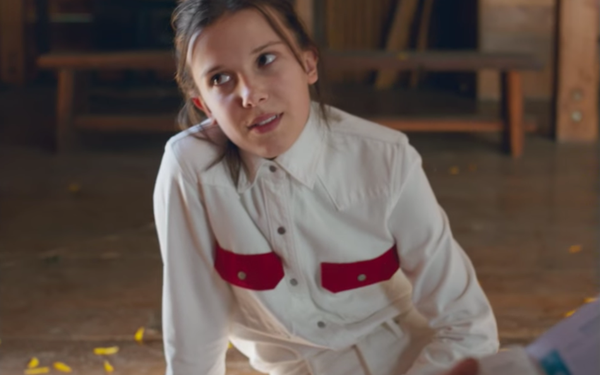 The New York-based apparel company is chalking the robust results up to increased investments in its brands, including beefed-up marketing budgets.

“We continued to make investments that centered around areas most impacted by the changing dynamics in the industry–the growing prominence of digital, the importance of having a nimble and responsive supply chain and our ever-present commitment to driving consumer engagement,” says Emanuel Chirico, chairman and CEO, in the announcement.

At Calvin Klein division, where it increased ad spending by $15 million in the quarter, revenue climbed to $977 million, an 18% increase, on a constant currency basis. International sales jumped 23% to $512 million, and Calvin Klein North America sales improved by 13% (also on a constant currency basis) to $464 million. Comparable-store sales advanced 4%, the first positive results since 2015. Earnings for the quarter grew to $79 million from $69 million in the year-ago period.

At Tommy Hilfiger, quarterly sales improved by 15% to $1.1 billion, on a constant currency basis, compared to the prior year period. North American sales added 5% to $439 million, while international revenue increased 24% to $702 million. Earnings increased to $137 million from $92 million in the year-ago quarter.

Industry observers are impressed, especially given the fierce competitive challenges retailers are facing. “We are especially encouraged given the historically conservative nature of management's planning,” writes Tiffany Kanaga, an analyst who follows PVH for Barclays. She says the recovery at Calvin Klein “demonstrates brand investments are gaining traction,” she says. “We believe the story remains one of the most liked in retail.”

PVH says sales at its heritage brands, which include Arrow, Izod, Arrow, Warner’s and Speedo, were flat at $381.4 million, and earnings fell to $8 million from $13 million in the prior year period, mostly due to increased marketing spending.

And it forecast more growth ahead for 2018, with total gains of 4%, and increases of 7% for Calvin Klein and 4% for Tommy Hilfiger, on a currency-adjusted basis.

Calvin Klein is in the midst of a large “Our family. #mycalvins” campaign, starring notables like actresses Millie Bobby Brown and Paris Jackson; the Kardashian/Jenner clan, and Kaia and Presley Gerber.