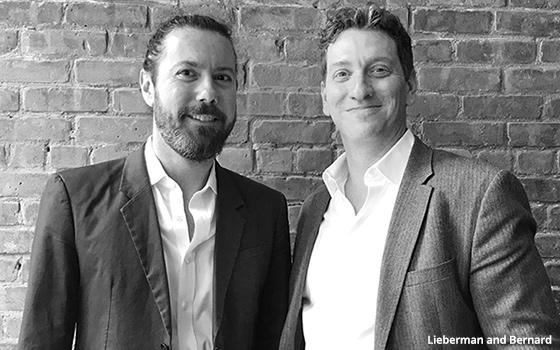 Kinetic North America has promoted two of its senior managers, Michael Lieberman and Cedric Bernard to Co-CEO.  They replace David Krupp, who has been with the agency for 12 years, the last five as CEO. He is leaving at the end of March.

Lieberman stated: “OOH is a proven and exciting channel that is highly underutilized.  I am thrilled to play a leadership role alongside Cedric in proving OOH’s significant value to brand marketers, both as a direct driver of brand value and ROI and as an accelerator of brand growth alongside video and mobile channels.”

Bernard has been with Kinetic North America since July 2013. He served as chief financial officer and more recently as chief operating officer. He’s credited with developing new revenue opportunities and implementing more effective and efficient organizational approaches. Prior to joining Kinetic he was executive vice president, operations and finance at Dentsu. Earlier, he was at Publicis Groupe for eight years, where he held various positions.

Bernard stated that, “We are set up for enormous success not only with our existing clients and services, but with some new and exciting product offerings on the horizon that will allow us to deliver even more value for our partners.”

Marc-Antoine de Roys, Kinetic’s Global CEO said: “I want to thank David for his 12 years of service at our company.  It is because of his leadership and succession planning that we are in a position to have consistency as he transitions out of the organization. Michael and Cedric are proven leaders at our company who have earned the trust and respect of our employees and clients.  Their service, history, and accomplishments made this an easy decision.”

“I can’t thank Kinetic enough for providing me the opportunity to learn and accomplish so much over the past 12 years,” said Krupp, who indicated he will be announcing his new role in April.

The firm said that the current management team will remain in place, working with the new leaders as they have for the last several years.  This includes Maureen McCloskey, Jaime Byrdak, Susan Page, and Karin Baatsch-Deboulet.