Overlooked Feature Of New 'Roseanne': How It Depicts Older People 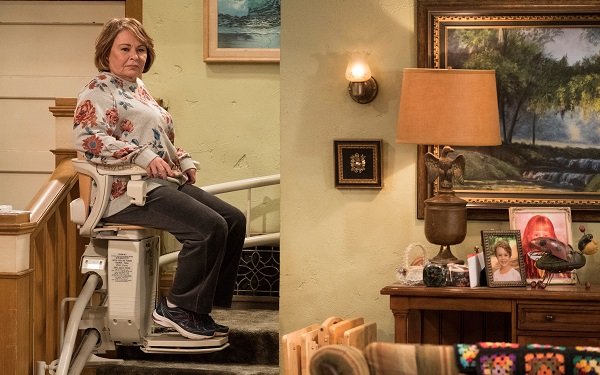 The new “Roseanne” made a big splash last week for a number of reasons -- among them its depiction of Roseanne and Dan Conner as Trump supporters.

The subject of Trump came up in the series’ premiere -- the first of two half-hour episodes that aired back-to-back last Tuesday (March 27).

When the news broke the next day that more than 18 million people had tuned in to welcome “Roseanne” back to television after 20 years, a national conversation erupted about the show's impact.

Most notably, Fox News Channel personalities such as Sean Hannity embraced the show, its pro-Trump point of view and its huge subsequent viewership as a sign that Trump supporters generally have been underserved by network television.

Look what happens when you do serve them, Hannity and others said -- you get the highest ratings for a network TV show in years. As it happens, the show added an estimated 6.5 million viewers in the days following the premiere last week, according to L+3 numbers.

Then came word from Sara Gilbert, who plays daughter Darlene on the show, that President Trump's name does not get mentioned again in any subsequent episode of this first season of the new “Roseanne” (which is running for a total of nine episodes).

Whether or not that turns out to be true remains to be seen (although there is little reason to doubt Gilbert on this).

However, the show will likely still resonate with underserved audiences because of its point of view, which encompasses a lot more than just supporting Trump.

Just as noteworthy is the show's depiction of older Americans, placing Roseanne and husband Dan front and center on a prime-time comedy when neither of them is a member of the prominent demographic target groups now current in network television -- adults 18-49 and 25-54.

Both Roseanne Barr and John Goodman are 65 years old. And presumably, so are the characters they are playing.

While some other sitcoms do include grandparents in the mix of characters, this grandmom and grandpop are the central characters on “Roseanne” -- something we have not seen in prime time in a very long time.

Talk about an underserved group: Roseanne and Dan's point of view reflects that of a broad swath of America who fall roughly into their same age and like them, are perplexed by so much that is going on in our society today.

The show's conversations about Trump in Episode 1 were only part of the story. In that same episode, Roseanne and Dan were seen coping with the high prices of prescription drugs in a brilliantly written scene in which the two divvied up their medications against the prescribed directions provided by a doctor and pharmacist.

This week, in the third episode of the season that aired last night (Tuesday, April 3), Roseanne struggled to accept that she needs a stairlift to get upstairs because of a bum knee (seen in the photo above).

Roseanne was also challenged to lay down the law when her teen granddaughter refused to clean up after herself, among other things hogging the washer-dryer to launder second-hand clothes she was trying to sell on Etsy.

In the process, Roseanne scolded daughter Darlene for being soft on her own daughter. “I’ll teach her to respect her elders,” Roseanne said, “or make sure she never becomes one!”

Roseanne decried Darlene's generation for undermining traditional methods of child discipline. “Instead of spanking them, you tell them to go over there and think about what they did wrong,” Roseanne said. “You know what they're thinkin’? ‘I can't believe this loser isn't spankin’ me!’”

Best of all is the way the marriage of Roseanne and Dan has remained strong for so many years. In one of this week's most touching scenes, the two were seen waking up after what turned out to be several hours of sleeping on the couch together sitting upright.

When Dan asked Roseanne what time it was, she answered: “It's 11 o'clock! We slept from ‘Wheel’ to ‘Kimmel’!

Even better was the next exchange starting with Dan saying, “We missed all the shows about black and Asian families!” -- which was a hilarious reference to ABC itself.

To which Roseanne replied: “They're just like us! Now you're all caught up!”

In its second week, the new “Roseanne” remains the top story in the television business. One reason is because it has been such a long time since a single show has come along to resonate with so many people. For a journalist on the TV beat, the show is pure gold.