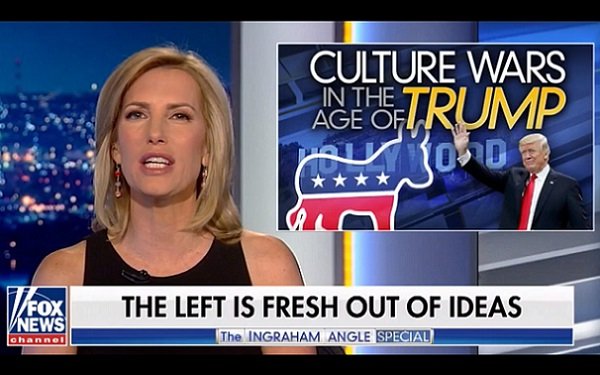 Laura Ingraham should have been judicious enough not to post a tweet that denigrated a teen survivor of the massacre at Marjory Stoneman Douglas High School in Florida.

This young person, David Hogg, had just gone through a very traumatic experience, not unlike surviving combat. What good would it do to point out on Twitter that the kid was not accepted to some colleges he applied to?

For some reason, perhaps with our Twitter-compulsive president as a dubious role model, even people as intelligent as Laura Ingraham are posting tweets they should have thought twice about and then not posted them.

In the wake of this clumsy tweet, advertisers have fled Ingraham's Fox News Channel show “The Ingraham Angle.”

Their desertion of her show seems to have been spurred by Hogg himself, who made a list of companies with commercials on the show and took to social media to urge people to boycott them if they continued to advertise on Ingraham's show.

Not to excuse Ingraham's tweet blunder, but at the same time, it is worth pointing out that we are living in a vigilante culture in which self-appointed watchdogs have taken it upon themselves to pass judgement on everyone else’s behaviors and utterances.

It is an era of outrage that has produced headlines you see almost every day on news site home pages that go something like this: “Outrage Over [so-and-so's] Comment [or tweet] About [fill in blank with any number of topics that are sure to raise hackles].”

The outrage culture does have the effect of quashing free speech. It can make many people feel they are not free to express themselves because doing so today has become the equivalent of wandering into a minefield.

As advertisers deserted her show, Ingraham issued some sort of an apology for the Hogg tweet. This is also what the outrage culture does: It forces people like Ingraham to express remorse for things they said (or tweeted) even if they probably do not sincerely feel any remorse.

The honest, “free speech” response to people who would criticize a tweet or something a TV personality says on his or her show would be to say something like: “Well, I cannot express myself honestly and sincerely every day on my TV or radio show if the aim is to please everyone. That is impossible. At the same time, a complainer has the same right to express him- or herself as I do in expressing myself on my show.”

By the same “freedom” argument, advertisers are “free” to take their business elsewhere anytime they feel like it (contract-permitting, etc.).

But if I may venture an opinion here at the risk of exposing my ignorance (not for the first time, by any means), I fail to see the connection between an advertiser such as, say, Rachael Ray's Nutrish pet foods (one of the “Ingraham Angle” advertisers that have left the show) and the opinions of Laura Ingraham.

My take on the subject of the threat of advertiser boycotts, and then the yanking of commercials and sponsorships by the threatened advertiser, has been consistent through the years: I do not like advertiser boycotts, although I recognize that in a free country, consumers are free to make buying decisions based on whatever criteria they choose to apply.

Take the Nutrish pet food products. If these are quality products that contribute to the health and well-being of one's pets, why would you then deprive them of these benefits because of what Laura Ingraham tweeted the other day?

To me, an advertiser's products have nothing to do with the show in which their commercials appear. The show takes a break and then a series of commercials are shown.

Does any viewer at home really connect Nutrish pet food or Liberty Mutual insurance products with the subject matter that was being discussed in the segment that just concluded on “The Ingraham Angle”? I don’t think so.

In addition, what makes large companies such as Expedia, or Honda, or Jos. A. Bank -- three advertisers that have reportedly left the Ingraham show -- believe that a boycott being called for by David Hogg would ever actually make a dent in their businesses? I don't think any such boycott would have ever taken hold.

Here is a message to the speech and behavior watchdogs: Why don't you try ignoring the ravings of the Laura Ingrahams of the world? They have the right to express themselves, even when they should not. Carping on their tweets and statements only draws more attention to them than they would have otherwise received.

The tweet about David Hogg is a case in point: If not for the dust-up that erupted over it, few people would have cared or even remembered it an hour later.