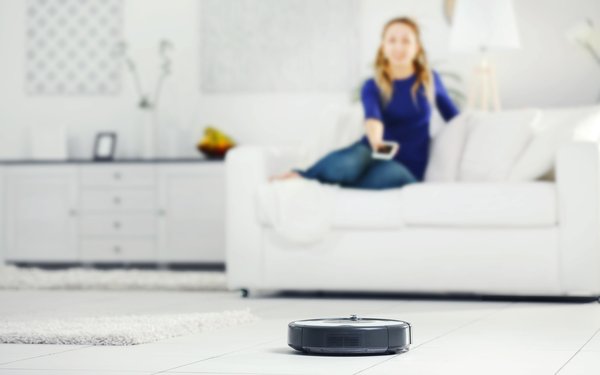 Domestic aide robots are on the way, but the largest category is still the robotic vacuum.

Global hardware unit revenue for consumer robotics is projected to reach $22.8 billion by 2022, based on a new forecast.

That will be an increase from $6.4 billion this year, according to the report by Juniper Research. Domestic aide robots, such as robotic vacuum cleaners, will account for most (73%) revenue by that time. The popularity of devices from iRobot, Dyson and Samsung will increase, driving the revenue, according to Juniper.

Juniper defines a consumer robot as “an autonomous, mobile electromechanical machine, capable of bring programmed and re-programmed, that is used in the home or has non-commercial applications. It should be able to perceive its environment to some extent and react to it.” The distinction is that a consumer robot must be able to be programmed and reprogrammed, requiring a linkage to another device, such as a smartphone.

The three robotics use cases with the highest potential identified are domestic aide, educational and toys, according to the study.

Educationally focused robots are becoming an increasingly popular segment for both device launches and investments and the robotic toy market also has been steadily expanding, with an increasing amount of interactivity included in devices.

Voice assistants also are finding their way into more devices, as I saw in many displays at the recent CES.

While the overall acceptance of robots in the home differs around the world, there seems to a common welcoming of the robotic vacuum cleaner, which stays down on the floor and out of the way.