'Ingraham Angle' Advertising Time In Recent Shows Cut In Half 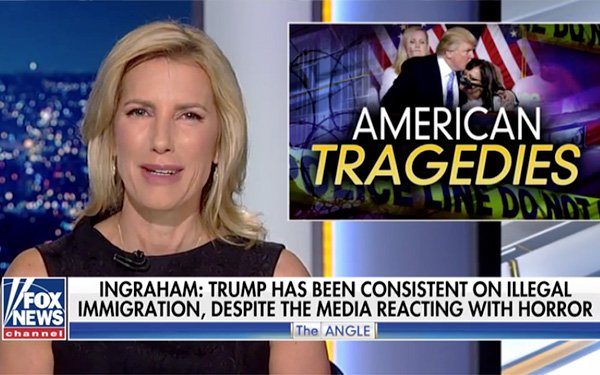 Fox News Channel's "The Ingraham Angle" lost about half its advertising time in two shows late last week. But it appears that other Fox News programs may have benefited.

Paid advertising time per telecast for "The Ingraham Angle" on March 29 and March 30 was 8 minutes/45 seconds and 7 minutes, respectively -- down from its average 14 minutes/33 seconds from January 1 through March 28, according to media researcher Kantar Media.

Five of the top 20 advertisers in "The Ingraham Angle" for first-quarter 2018 have disclosed that they would no longer be running commercials in the show -- Bayer AG Group; Hulu; Johnson & Johnson; Liberty Mutual Insurance Co; and Wayfair.

Ad time was down 40% during the March 30 telecast and 52% lower on March 31 than its first-quarter average of 14 minutes/33 seconds. Kantar says advertisers who have announced their withdrawal account for 13% of the commercial time in the two weeks before the boycott.

By comparison, other prime-time Fox News Channel shows maintained or improved their total advertising time in the show.

It appears -- but has not been confirmed -- that "The Ingraham Angle" (Monday to Friday 10-11 p.m.) departing advertisers have moved to other Fox shows.

In similar instances when there has been a boycott of a particular TV show, departing marketers shift some media time into other network programming, according to media analysts.