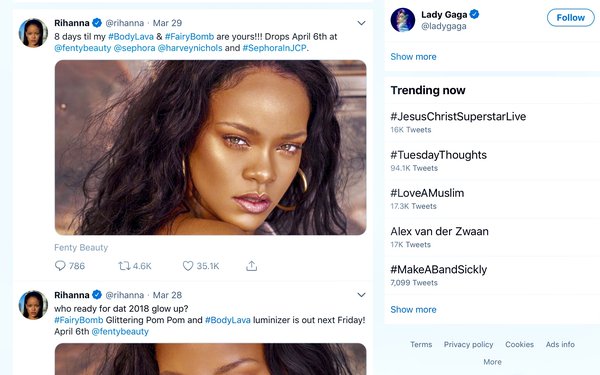 A new survey from the Association of National Advertisers shows strong and growing approval of influence marketing, with more than 75% of them using it, and 54% saying they were satisfied or very satisfied with how well it works.

Tops among the social sites cited by the brand executives was Facebook (86%) followed by Instagram (84%). But the single most important site was the visual-skewing Instagram (36%) followed by Facebook (20%). Effectiveness is measured by engagement by 84% of the respondents’ companies.

Overwhelmingly (84%), they use influencers to build brand awareness, though “drive purchase” intent was cited by 51%.

But as gung-ho as they are about the effectiveness of influencers, it does not seem to be reflected in the money spent on them. Of the executives surveyed who knew how much they were paid, 62% said influencers take less than $100,000 from their budget; 38% said they spend more than that.

Those stats closely line up with another survey finding: While 62% say they compensate their influencers, 35% pay with free products in exchange for their enthusiastic endorsements. Many influencers are paid on a per-piece basis, and mostly companies hire influencer finder firms — 87% use an influencer firm to find theirs and 86% use an external company.

The survey also showed that at least many of the respondents are taking steps to tell consumers that influencers have been compensated to woo them: 38% use “#sponsored” and 35% use “#ad” to explain the relationship the influencer has with the product. The FTC says other descriptors like “#sp” for sponsor, or “#ambassador” or “#thanks” are too ambiguous.

In all 43% said they will increase their spending on influencers in the next 12 months.

Social media or pop culture personalities like PewDiePie, Rihanna and Stephen Curry are well-known influencers. Exercise blogger Elise Young and Mercedes Benz “brand ambassador” Guy Kawasaki are important influencers who nonetheless end up in  “most powerful influencers you’ve never heard of” charticles. But when famous influencers make the wrong kind of news — as PewDiePie did with some anti-Semitic posts — companies can be caught in a PR nightmare.

According to an ANA study with PQ Media last year, total brand spending on influencer marketing was $81 billion in 2016 and is projected to reach $101 billion by 2020. The ANA says when brand spending and operator revenues are combined, including spending on contracted firms, agencies and media companies, the tab came to $130 billion in 2016, expected to grow to $167 billion within two years.

The survey talked to 158 client-side marketers. Nearly three-quarters of them worked for companies with ad budgets under $100 million a year. The ANA has 1,100 members representing 15,000 brands that spend $400 billion on marketing and advertising annually.