NBCU Unveils CFlight 'Currency' For Upfront, Some Agencies Buy In 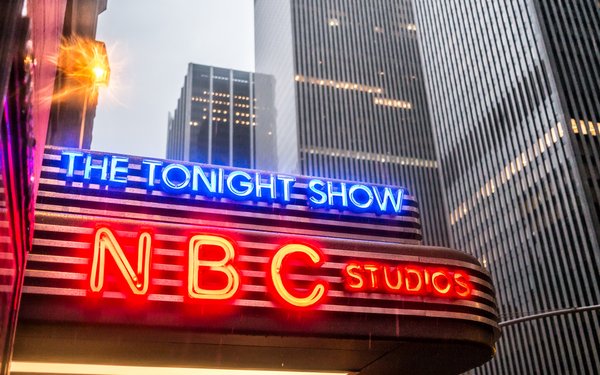 Working with major media agencies in anticipation of the upfront TV ad market, NBCUniversal has come up with what it says is the industry’s first unified advertising metric -- measuring all live, on-demand and time-shifted commercial impressions on every viewing platform.

Called CFlight -- seemingly riffing on Nielsen's C3/C7 metric -- it will measure a marketer’s campaign of TV advertising exposures within full episodes of shows across all screens.

Over the last several months, NBC worked with media agencies including Group M, Magna, and Omnicom Media Group on CFlight.

CFlight will be offered as a single audience guarantee, based on specific demographic impressions on average commercial minute ratings. This will include live and delayed TV viewing, VOD, OTT, desktop and mobile. Data will be incorporated from what NBC says is the best measurement by platform -- from Nielsen, comScore, Moat and others.

NBCU Executive Vice President of the sports advertising sales group Dan Lovinger, speaking with Media Daily News, says that key to all this is that “an ad [commercial] doesn't get counted unless it is fully watched. We are holding ourselves to a higher standard. We think this will push others to come to a more credible standard.”

Some major digital video ad-supported platforms count a TV-video commercial just after two seconds or so of a TV ad being viewed.

Another important component, says Lovinger, is that the new metric is more holistic because it expands to different non-traditional TV platforms: “It is driving incremental reach potentially against younger viewers because we are including digital.”

Lovinger says CFlight is similar to its previous TAD (Total Audience Delivery) metric used for TV advertisers during the recent Olympics when it offered a unified guarantee of total viewer impressions for all linear TV and digital media.

NBCUniversal intends CFlight to be a new “currency” with its media agencies, “guaranteeing” campaign performance on NBC programming. TV network groups such as NBCUniversal have complained about how slow Nielsen and other measurement companies have been to come up with a unified audience metric.

NBCU also says it will include co-viewing measured on OTT platforms “where measurement is enabled.” This includes Roku and NBCUniversal content on Hulu. NBCU says OTT represents more than one-third of NBCUniversal’s long-form, digital video audience.

Lovinger says: “Our vision is to provide a dashboard that will show the linear TV impressions, digital platform impressions, total impressions, human viewable completion [rate], and ultimately reach and frequency against the demo.”

Big media agencies are generally in favor of this, believing there is a strong and immediate need for a unified metric.

Lyle Schwartz, chief investment officer, of Group M, told Media Daily News that NBCU's effort is not perfect but represents a step in the right direction. “It not the best, because the best would be to have one holistic measurement. We are hoping this will re-energize some of the measurement companies out there to step up and find a way to work with us to make this improvement even better," Schwartz said.

Although it may not deliver a full 100% of all audience viewing on all of NBC’s media platforms, says Schwartz, “the approach we are taking is taking the lion’s share” of all its viewing.

Addressing the question of whether there might be further negotiation beyond CFlight audience guarantees for this upfront ad-selling season, Schwartz says: “I will be talking with my clients [about this] as an approach to negotiate with NBC. I will work with any media company that wants to help move audience measurement forward.”

Other networks are at different stages in offering up versions of a unified metric for audience measurement, Schwartz says. “Not everyone is at the same level. We’ll [hopefully] get to the finish line at the same time.”