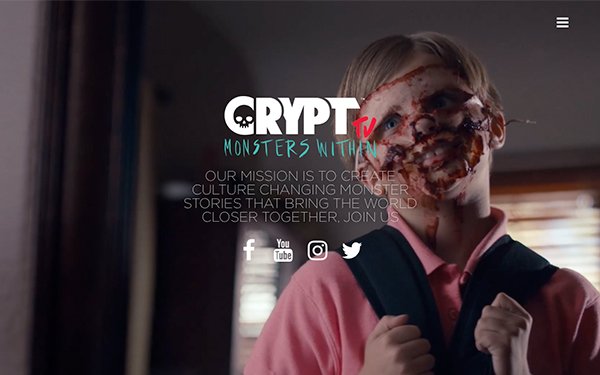 Crypt TV is working on a campaign to prompt Universal's upcoming release of "Truth or Dare," scheduled for April 13. The movie is about a harmless game of Truth or Dare among friends that turns deadly when something punishes those who tell a lie or refuse the dare.

"Truth or Dare" isn’t Crypt TV’s first success story, as it builds out original content and a massive fan base. While the company has worked to promote a long list of horror blockbusters, opportunities in digital data gave Crypt TV co-founder Jack Davis -- a 26-year old self-proclaimed horror geek -- the inspiration to create a franchise full of intellectual property (IP) for mobile and social platforms.

Davis' goal is to create “fictional scares” -- the next generation of iconic monsters, which he calls a “safe outlet” for all the craziness people deal with daily.

Since Davis co-founded Crypt TV in 2015 with Hostel Director Eli Roth, the company has designed more than 30 campaigns during the last two years for studios such as Universal, Paramount, Fox, Sony, and Warner Bros.

“You can only enjoy a scare if you feel safe,” he said.

Crypt TV recently wrapped up a campaign for Unsane and another for Death Wish, said the company’s Chief Operating Officer Darren Brandl.

The company, which continues to build a massive treasure chest of IP, in March 2018 closed a $6.2 million round of financing from past investors, including Blumhouse Productions and NBCUniversal.

Davis says the idea is for Crypt TV to become the backbone for mobile and social storyteller by delivering content to a generation where new characters can live forever.

Filmmakers create original shorts of about three minutes long, inspired by full-length movies. The average gets about 100 million online views per month on Facebook and YouTube. The business model relies on working the content into weekly news and other types of shows, as well as Red Carpet premiers where have the characters show up.