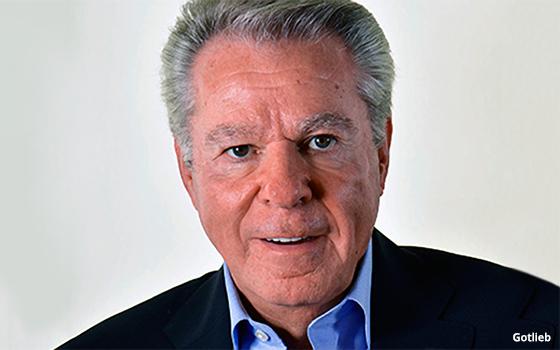 GroupM's Irwin Gotlieb is stepping down from his role as global chairman to transition to a more relaxed schedule as a senior advisor with parent company WPP.

The industry leader, who turns 69 this summer, established the first spinout of a standalone media agency, MediaVest, in 1993 and joined WPP in 1999 to serve as the first global CEO for Mindshare. He subsequently launched GroupM globally.

Gotlieb was named global chairman in 2012.

He plans to remain active in the industry, albeit without the day-to-day demands of a high-profile industry position, pursuing his interests in data and technology, as well as continue to serve parent company WPP as a strategic advisor.

Kelly Clark was named Global CEO of GroupM in 2016 and will continue to lead the company.

“Irwin has always been the driving force behind the creation and development of first Mindshare, then GroupM, and more recently, WPP’s focus on developing our technology assets, first-party data and content,” said Sir Martin Sorrell, CEO, WPP. “We will not miss him, however, as he will continue to be available to the Group as a trusted strategic advisor.”