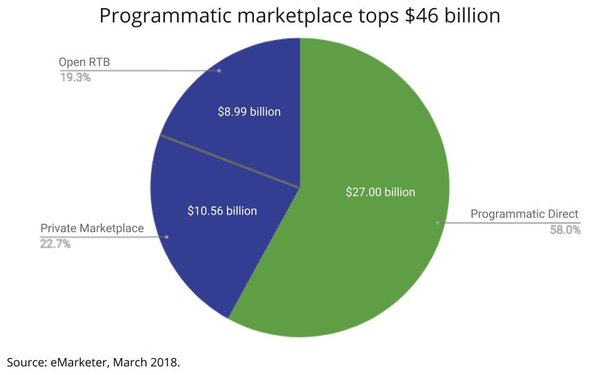 From its early roots as a largely open bidding marketplace, the U.S. programmatic display ad marketplace has blossomed into a $46.55 billion arena comprised mostly of direct and/or "private" deals enabled by programmatic trading technology.

The other, that the supply and demand sides of the business are largely negotiating the parameters of their programmatic deal-making before it hits the machines, either via "programmatic direct" -- the lion's share of all programmatic trading -- or via "private" markets that enable media traders and advertisers to leverage programmatic technology to structure real-time buys based on their pre-negotiated terms and criteria.

Perhaps the most remarkable insight to be gleaned from eMarketer's analysis is how small the actual "human" direct portion of the digital display ad marketplace has become. Just 17.5% of the digital display market is bought and sold directly through people. Presumably, those are the highest value deals, often involving creative, content and packaging that cannot be processed via programmatic technology. 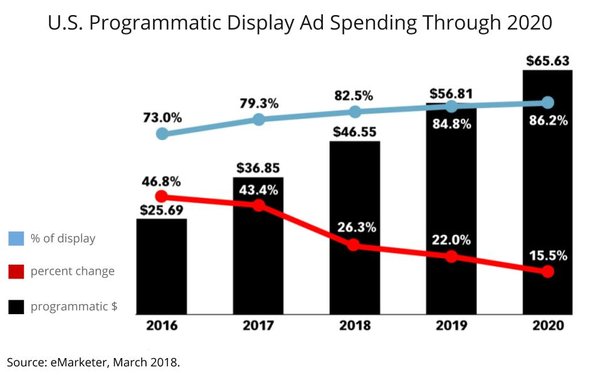