Zuckerberg To Testify Before Congress, Apologize For Russian Interference 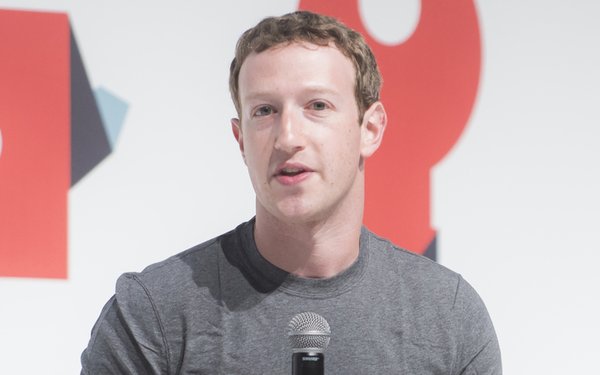 Facebook “didn’t do enough to prevent [its] tools from being used for harm,” CEO Mark Zuckerberg plans to tell members of Congress on Tuesday.

The admission is included in Zuckerberg’s prepared testimony, which Congress released on Monday -- and which CNBC was first to publish.

Much of the prepared testimony mirrors Zuckerberg’s comments in interviews and press calls since the Cambridge Analytica scandal first erupted.

“We didn't take a broad enough view of our responsibility, and that was a big mistake,” Zuckerberg is expected to admit on Tuesday. “It was my mistake, and I'm sorry. I started Facebook, I run it, and I’m responsible for what happens here.”

In the more than 2,500-word testimony, Zuckerberg specifically addresses the Cambridge Analytica debacle, how Russian operatives used Facebook to interfere in the U.S. political process, and what the company is doing to address both issues.

“There’s no question that we should have spotted Russian interference earlier,” Zuckerberg is expected to admit.

Echoing earlier statements, Zuckerberg is also expected to suggest that preventing similar abuses in the future will “significantly” impact the company’s bottom line.

“I've directed our teams to invest so much in security -- on top of the other investments we’re making -- that it will significantly impact our profitability going forward,” Zuckerberg’s testimony reads. “I want to be clear about what our priority is: protecting our community is more important than maximizing our profits.”

Whether Zuckerberg’s words will appease U.S. lawmakers remains to be seen.

Facebook's CEO recently said that he is not necessarily opposed to the government regulating Facebook. For him, the question is: “What is the right regulation?”

The news was first reported by CNBC.

As the world now knows, Kogan then violated Facebook’s platform policies by passing on his data to Strategic Communication Laboratories (SCL), including its political data analytics firm, Cambridge Analytica.