Can Trust Between Agencies And Clients Be Saved? 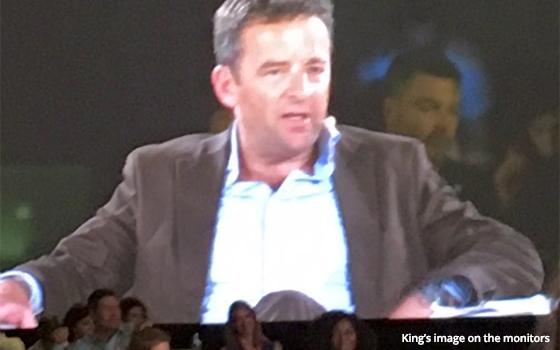 Trust in the media ecosystem has never been more vital: trust with media partners, consumers, marketers and their agencies are all under fire and scrutiny. Publicis Media's CEO Steve King and 20th Century Fox's President, Chief Data Strategist Julie Rieger joined Adweek's Lindsay Rittenhouse to discuss the importance of delivering on these imperatives.

Trust — which is used interchangeably with transparency — is the cornerstone on which the industry pivots, says King. Facebook's lack of trust, which "we took for granted," illustrates this point,  he says. We expected clients to understand without clearly stating, that we would do what is best for them, in a commercial view, and not best for us, he adds.

Some of these new platforms, like Facebook, have one real audience. Some users are deleting Facebook in light of these scandals, and the government is exploring possible penalties. The full aftermath has yet to be resolved.

But the bigger priority is to understand what these companies are about, says King.

Players like Google and Facebook started out believing they wouldn't be out-funded, but their models rely on one main source: advertising. What happens when advertisers pull away from these billion-dollar companies? King, for his part, believes Facebook will quickly come forward with a full disclosure in an attempt to rebuild that trust.

The Facebook/Cambridge Analytica situation is a good example of why clients don't trust agencies to own their data.

"No, that is not OK," plainly states Fox's Reiger. "We put it in contracts that we cannot share that data," she says. "The more people have access to that data, the more risks you have to have that exposed. So no one gets this data. And remember it is anonymous. I am for full access, but you should not possess it. Ownership is dangerous."

Trust is a two-way street. King says his company is stepping out of pitch reviews that are merely about clients seeking the lowest cost dominator. "Not once have we regretted that [decision]," he says. We may lose out with short-term headlines, but it is the road to economic purgatory.

"We do amazing services for clients, if they aren't valued, then we will go elsewhere," he says. "It is a free market." Agencies seek open trusting relationship with clients, but cannot be expected to fund their projects because clients believe agencies can absorb the financial pain.