'Viceland' Invites People To 'Smoke Out' With Jeff Sessions 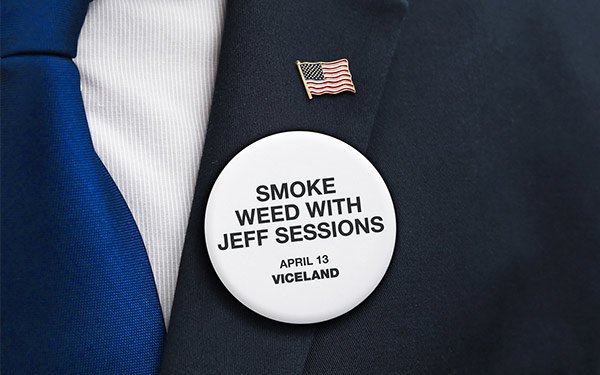 Developed with media agency Noble People, the activation employs the typical "Viceland" sense of absurd humor. For instance, as the current and notoriously anti-cannabis Attorney General Jeff Sessions is unavailable for the event, "Viceland" has another Jeff Sessions (from Wisconsin) to serve as his stand in.

The promotion kicks off this week with the branded "Viceland" bus visiting key locations in the Washington, D.C. area. People are invited to this Friday’s event — in which attendees can smoke with Sessions, enjoy photo opportunities and receive Weed Week-branded merchandise.

The bus will make stops around various D.C. metro locationsm where fans can enjoy a mobile party. The team will drop hints via @vicelandbus on Instagram and Vicelandb.us to pinpoint where the bus's mobile party will stop for these festivities.

"Viceland" will host parties at three locations — including Dupoint Circle, George Washington University and the 14th Street Corridor.
Content captured from the activation will roll out across "Viceland: properties throughout the week, including on-air, social media and across vice.com.