Cover Story: Something To See Here 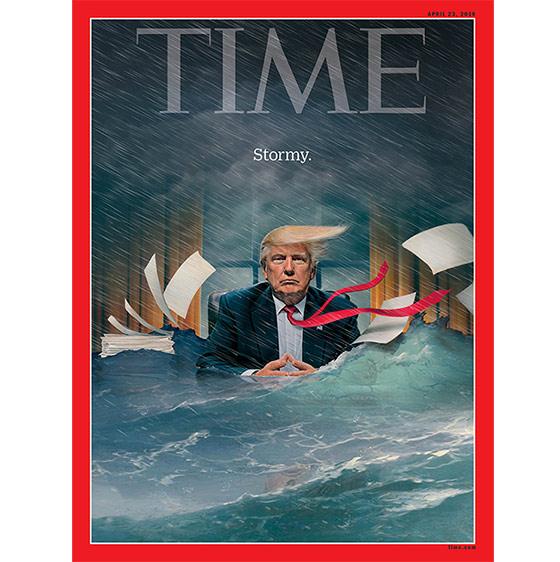 Cynics might say this week’s Time magazine cover reflects some austerity on the part of new parent Meredith, which is also rumored to have the venerable newsweekly on the block.

But magazine editors and designers will see it as an ingenious reboot -- and homage -- to the award-winning Feb. 27, 2017 “Nothing to See Here” cover Time published to represent the storm surrounding Trump’s early days in the Oval Office.

In this week’s version, the cover line was changed to just one word — “Stormy” — which no doubt should be taken as a double entendre. The other big change is that instead of sitting behind the Resolute Desk, Trump is depicted sitting in choppy, rising waters. 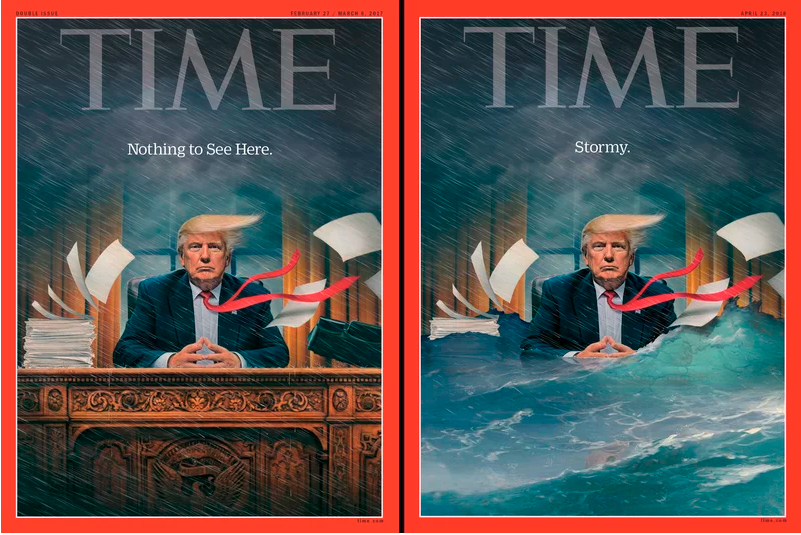