Putin Must Be Having A Blast, Literally 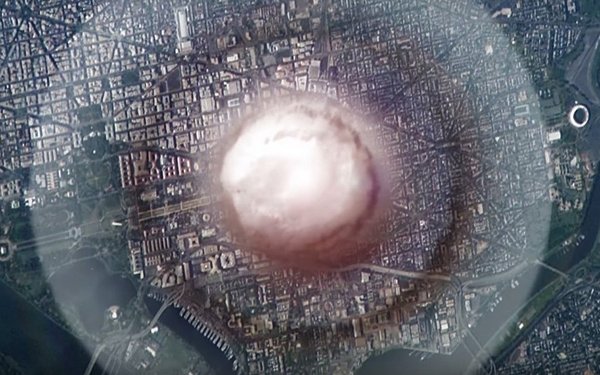 Have you ever heard the old joke about the political media consultant who gives his candidate a tour of his outdoor media buys? He keeps circling a neighborhood, pointing out the same billboard. Lately, that’s what I feel Vladimir Putin is doing to Donald Trump, but not in a good way.

Take a story published by Russia’s English-language news service, Sputnik, on Tuesday. It featured a simulation of what a nuclear explosion next to Trump’s house -- you know, the white one in Washington, D.C. -- might look like.

Like the political media consultant's anecdote, I don’t think the choice of neighborhoods was a coincidence, especially given the timing of Trump’s U.N. ambassador Nikki Haley’s preemptive strike -- er, make that premature statement -- about new sanctions the U.S. was poised to impose on Russia.

Scratch that, Trump said, citing his discomfort with the move, leaving Haley as flat-footed as a lame duck. Hmmm, but back to the media angle.

Was Putin targeting an audience of one with the Sputnik story? Was he trolling Trump? Was he giving him a personal, albeit, extremely public warning?

Yes, this is one of many such conspiracy theories that have haunted me the past year-and-a-half, but it’s not the first time Russia has targeted one of Trump’s neighborhoods with a nuclear strike.

Last month, when a pre-Presidential election Putin held a propaganda event touting Russia’s supposedly breakthrough nuclear missile capabilities -- ones that would make Russia’s arsenal impervious to U.S. defenses -- Putin conveniently selected video simulating a strike on Florida. You know, the state where the “Southern White House” -- aka Mar-a-Largo -- is? 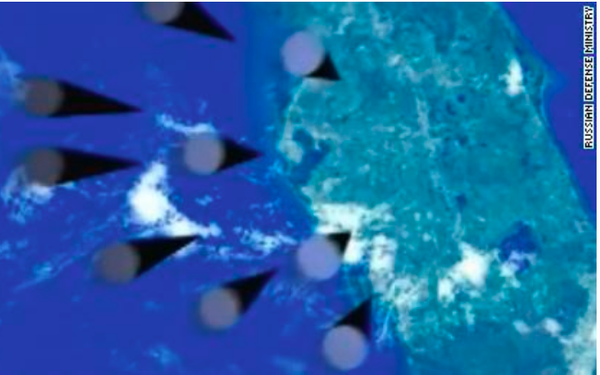 Coincidence? Maybe. Or maybe it’s one of the most brazen uses of media intimidation ever. All I know is that Putin is one of the most savvy information warriors ever to wag a dog. And nothing the current White House has done has even attempted to dissuade the active measures he employs in his info war.

Surely, there are multiple audiences for his messaging: the U.S. population, of course, especially conspiracy-prone journalists. Russian citizens, for sure. But I can’t help thinking that Putin’s use of Russia’s state media in these cases isn’t just targeting an audience of one.