Spotlight On Paying For Facebook: Users Are Overwhelmingly Against It

Since its launch in 2004, social media giant Facebook has remained a free service to users. And despite recent concerns over data privacy, most users who responded to a recent survey are against having to shell out anything to use an ad-free version of the platform.

Today, Facebook makes the bulk of its money by charging advertisers to target its users, generating about $9 a month per user in the U.S. by serving up relevant ads. So it would seem that to at least break even, the company would have to charge around the same amount for ad-free accounts. 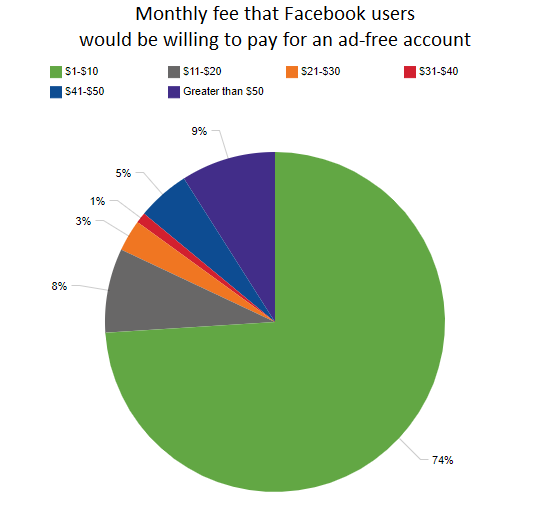 Among the survey respondents who use Facebook for personal reasons, 28% have had an active account for eight or more years and 26% for 10 or more years.

On the issue of privacy, 43% of respondents say they are either very or extremely concerned about the privacy of their information on Facebook—with 34% of that group indicating they know of someone who deleted their account due to these concerns. Just 9% say they’re not at all concerned while 19% are indifferent about the privacy of their information.

The survey also reflects the rise in popularity of Instagram since being acquired by Facebook for $1 billion six years ago this month. Slightly less than one-half (41%) of respondents use Instagram compared to 80% for Facebook.