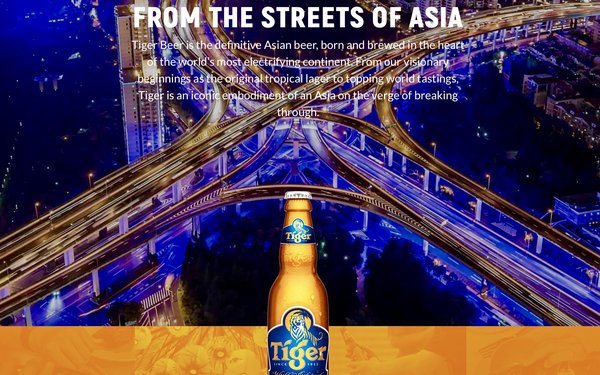 While Tiger Beer is popular in parts of Asia, the Heineken-owned label is partnering with agency Marcel Sydney to raise awareness for the brand with a new campaign across 13 markets where it is lesser known.

The "Uncaged" campaign features seven emerging artists who use their talents to support advocacy causes. For instance, the artist Hua Tunan paints tigers to save them and designer Daisy Harris-Burland uses recycled materials to create couture fashion.

These seven are introduced in the 90-second “Here Come the Uncaged” that appears via the campaign’s website as well as on the brand’s social media channels.

Tiger is also using this campaign to search the targeted markets for additional creative voices to join its original seven personalities. In the U.S., specifically, Tiger is focusing its talent search in music by partnering with platforms Hypebeast and 88rising to find up-and-coming recording artists.

The campaign will culminate with the selected talent coming together in a showcase event—on stage at the famous Benedetto Marcello Conservatory of Music in Venice, Italy on September 20th.