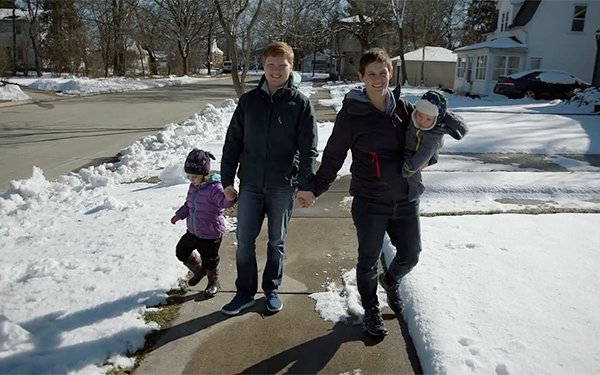 The Ad Council, the Gill Foundation and agencies CP+B and Redscout are partnering to raise awareness about the prevalence of discrimination against lesbian, gay, bisexual, and transgender (LGBT) people in the U.S.

It was, and still is, legal in Michigan for people to be denied services because they're gay or transgender.

The campaign spans the Ad Council's network, including TV, print, digital, and out-of-home messages. Actor Nick Offerman lends his voice to the campaign by recording radio spots that will be heard nationwide.

Although the Ad Council has previously supported anti-discrimination campaigns, and one that focused on bullying against LGBT students and the use of homophobic language among teens, this is the first campaign to focus on LGBT equality/acceptance/anti-discrimination among adults.

About 80% of Americans mistakenly believe it’s illegal under federal law to fire, evict or refuse service to someone because they are LGBT. The reality: 31 states still allow these kinds of discrimination against LGBT Americans, says an Ad Council spokesperson.

“The power of this campaign comes from leveraging the shocking fact that millions of Americans are being denied basic rights,” says Quinn Katherman, creative director, CP+B. “We realized that nothing could ever be as compelling as the true stories these couples have to tell.”