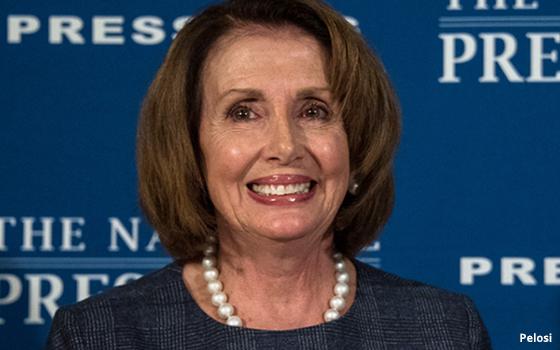 Rep. Nancy Pelosi (D-Cal.) is being criticized by conservative media for a fundraising email with a subject line, saying “MUELLER FIRED!”

The problem is that “Mueller has not been fired,” Fox News states.

The email was sent last Friday. Although it is signed by Pelosi, It is not clear who wrote it.

The text of the email does not actually state that Special Counsel Robert Mueller was fired—it only alludes to the possibility as part of a fundraising pitch.

"I’m so furious I can barely write this email,” Pelosi says, according to The Washington Examiner. “President Trump is inches away from firing Robert Mueller and derailing the entire Russia investigation.”

The email continues that “my Republican colleagues are actively HELPING him. They’re jeopardizing our democracy, our national security, and the safety of every election we hold. Frankly, they can’t be trusted.”

Also not clear is whether the intention was to mislead, or merely to grab the attention of Democratic donors. Pelosi's office had not responded to an inquiry at deadline.

According to the Examiner, the email contains hyperlinks for making donations of $1, $35, $50, $100, $250, or other amounts "immediately" to the Democratic Congressional Campaign Committee.

Media reports repeat that President Trump said last week that he did not attend to fire Mueller.