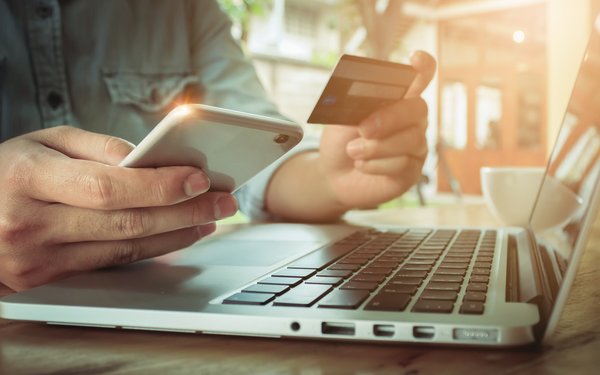 Smartphones are the device of choice for opening emails. But shoppers do their actual buying via desktop, according to the 2018 Consumer Trend Report, a study from Movable Ink, an intelligent content provider.

On average, customers will open three emails from a brand and click nine times within its email prior to making a purchase. And they will visit the website 36.4 times, Movable Ink reports, based on 2017 results.

Retail apparel buyers generate the highest number of email opens  —5.1— before purchasing and the most page views: 58.1.

Of those, iPhone dominates, having increased by more than 4% in 2017. Android opens fell by over 5%.

“Email marketers should be aware of their audience’s devices of choice, and plan their email content accordingly.”

That said, desktop is the second-most-popular device for email opens and the top purchasing medium in all sectors, ranging from 55.83% for media/entertainment/publishing to 87.57% for travel.

In general, May was the biggest spending month, with an average order values overall: $269.61. Q2 also dominated, with an AOV of $269.61. Four verticals enjoyed their highest order values during this period: media/entertainment/publishing, retail (apparel), and retail (non-apparel).

Travel spending peaked during Q4, an average of $541.34 per consumer—the highest AVO of all.

The study also notes that conversions increased by 56.7% from Q3 to Q4, and that revenue rose by 23.5%. But cart abandonments rose to 74% during the holidays.

Movable Ink advises brands to “consider creating a greater number and a bigger variety of email campaigns during the holidays.”

At the same time, they should “not only optimize for mobile, they should consider creating experiences just for mobile. For example, deep-linking to your mobile app within an email can make it easier for a customer to complete a purchase on their mobile device and drive potential app downloads.”

Finally, they must understand their customers’ preference and create content based on their place in the journey.

Movable Ink reports quarterly on consumer brand interaction. This study has been expanded to include page views, cart abandonments and other metrics.