'The New Republic' Moves To Unionize 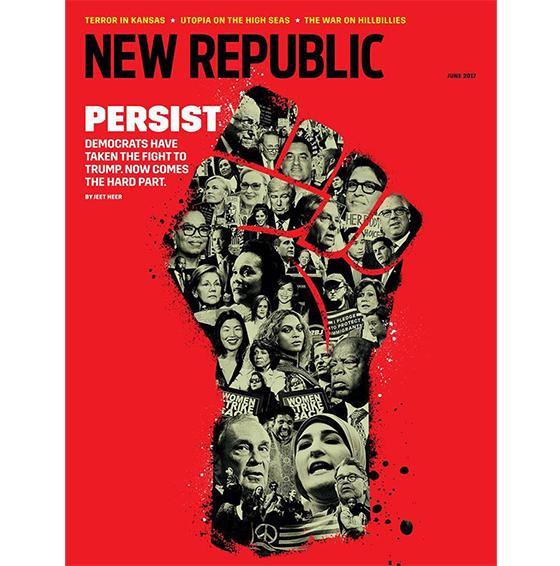 A majority of The New Republic editorial staff has unionized with the NewsGuild of New York.

The New Republic staff requested voluntary recognition of the NewsGuild of New York, which represents nearly 3,000 people in the media industry in the New York City area (including employees at The New York Times, Thomson Reuters, The Nation and The Daily Beast).

The staff's collective bargaining representative presented a letter to TNR management Monday morning, according to a statement from the NewsGuild.

“TNR employees hope to make improvements in pay, benefits, job security, and diversity, while fostering an environment within the magazine that enables collaboration and transparency,” the statement reads.

The New Republicresponded to the news by announcing yesterday its plans to work with its employees and [and a New York communications union] NewsGuild New York “to advance a unionization process initiated by members of its editorial staff.”

Management would recognize the union on a voluntary basis if it agreed to a larger bargaining unit: All New Republic staff members, not just editorial. That includes publishing, marketing, sales, administrative, print and maintenance teams.

“Our perspective is, a union can play a vital role here,” stated J.J. Gould, TNR’s editor and president, and Rachel Rosenfelt, publisher and vice-president. “We want to ensure the best possible conditions for an effective collective-action process, so we’re eager to recognize the union with only the stipulation that it should be open to everyone on staff, not just to editorial.

There are always uncertainties and complications to any process like this, but we’re excited to make it work together.”

Employees at the Los Angeles Times, Chicago Tribune and Mic.com have also moved to unionize.