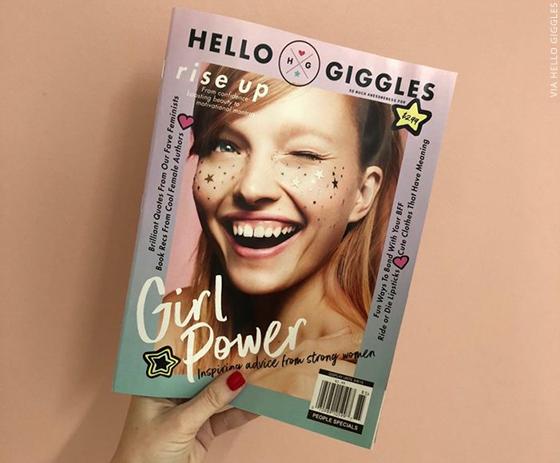 Founded by Zooey Deschanel, Sophia Rivka Rossi and Molly McAleer in 2011, the popular website’s print edition has a limited 500,000 run for its first issue, and will be mailed to People magazine subscribers between the ages of 18 and 39, reports The Hollywood Reporter.

The issue will also be available at Target, Barnes and Noble and Walgreens at the beginning of May.

Meredith Corp has successfully launched two other digital-to-print titles, including Allrecipes, which has grown from a circulation of 500,000 to 1.4 million since 2013, and Magnolia Journal. Magnolia Journal is a lifestyle publication from Joanna Gaines, and won MPA’s Magazine Launch of the Year after its debut in 2016.

Meredith Magazine Group president Doug Olson told The Hollywood Reporter: “We have a great track record of extending brands through print. In the recent past, we have seen huge consumer response to new magazines at newsstand and large subscription increases over a short time period. When you have that kind of success with consumer sand advertising partners, it’s a good business model.”

Separately, The Players’ Tribune announced a new video series in partnership with Toyota called "Off the Track."

The series airs on both TPT’s website and the social media channels of each driver.

The first episode of the series launched today.It follows Suárez as he discusses racing in his native Mexico and the season ahead. The final two episodes will air in May.