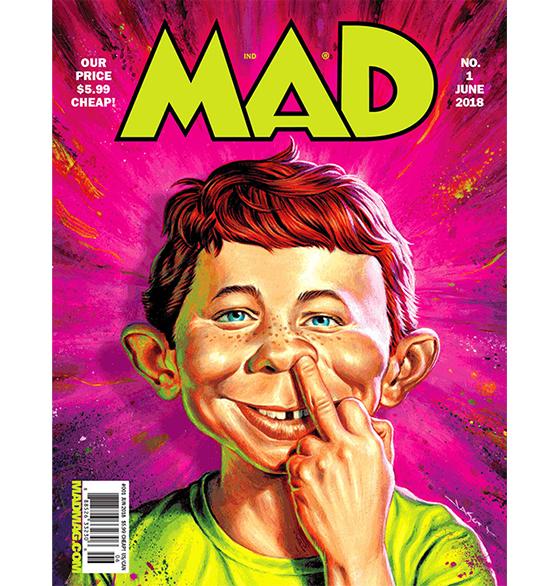 MAD magazine has been rebooted, and DCist is one step closer to coming back to life.

Humor magazine MAD has been relaunched by publisher DC Entertainment with the debut of its first new issue. It will publish bimonthly for $5.99 an issue.

MAD magazine was created more than 40 years ago. Its April issue was its 550th and the last of the previous volume of the magazine. In addition, MAD has moved from its home in New York City to Los Angeles. It has a new logo and staff. The first issue features spoofs of "Star Wars" and "Riverdale."

It is also introducing its first digital channel today at 4 p.m. PST on live streaming video platform Twitch. A bimonthly podcast series is also in the works, hosted by Editor Allie Goertz. It will debut this summer.

Separately, DCist has secured two editors to its masthead ahead of its upcoming rebirth.

“Rest assured, we plan to stick to our promise of a “spring” relaunch — we’ll share the precise date as soon as it’s final,” an email to DCist subscribers reads.

DCist grew to an audience of more than 700,000 readers before it was shuttered.

The new DCist is also hiring a staff writer.