Faberge Eggs And Human Organs, Think About It 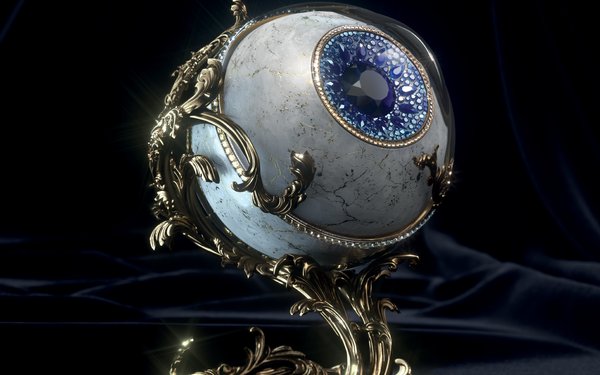 Hmmm. Fabergé eggs and human organs. I never would have made the connection, until I read about this provocative new campaign from McCann Health In Brazil.

I mean Fabergé eggs. That’s something you’d see at the Forbes headquarters in New York (until the collection was sold) or in museums, right? Rare treasures, supposedly.

But according to the Brazilian Association of Organ Transplants, only one of eight potential organ donors actually becomes a donor.

Seems like of bit of a creative stretch — stretching creatively is a good thing by the way — but somehow that insight inspired McCann Health in Brazil to re-imagine Fabergé eggs as human organs, to highlight the importance of organ donation.

The campaign — “Who will inherit your greatest wealth?” — was created on behalf of Brazilian Johns Hopkins affiliate Moinhos de Ventos Hospital.

“The campaign seeks to promote organ donations through the most basic question: What will you leave as a heritage?” stated Bruno Abner, McCann Health Brazil Creative Director.

Hey, I hear you Bruno. When I buy the farm, New York State has dibs on my eyes. And I’ve been thinking lately, what the heck should I do with the rest of my dead-ass carcass? My dad always believed that cemeteries are a waste of good land that could be put to much more productive use.

And I agree 100%. My dad was cremated. But I’ve been thinking lately, why not donate the rest of my organs to people in need. Or I might just have myself delivered to a med school so kids can learn just how serious they are about becoming doctors. But enough about me as a cadaver, which isn’t happening for a while (knock on wood).

Print ads in the campaign will run in selected magazines in Brazil and also be published on the hospital’s social-media channels. The ads address eye, heart and kidney donations, highlighting how priceless those organs are for those in need.

It’s amazing how we take for granted stuff like that when we function normally.