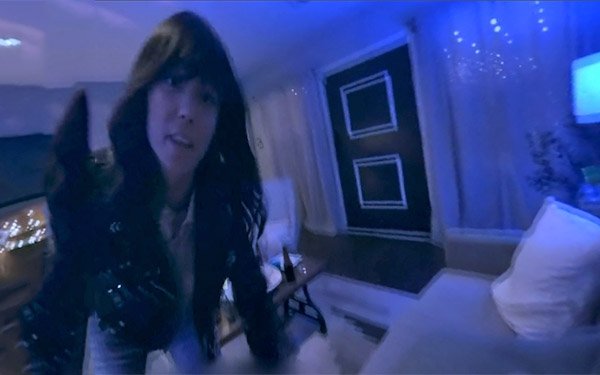 Diageo has launched a virtual reality experience featuring a first-person interactive story about the dangers of binge drinking.

The video, Decisions: Party’s Over, comprises four different points of view with the perspectives of each at an event. The video follows Diageo’s 2016 360-video experience that placed consumers in the front seat of a fatal drunk driving crash. That video accumulated more than 13 million views.

In the new video, each character portrays a party from a first-person perspective, with how much alcohol each is consuming as the night goes on. The storylines are timed so that a person watching on GearVR or Oculus Rift can dynamically switch between character points of view for different perspectives and consequences throughout the experience.

In the VR experience, one character is hosting a going away party for another character, whose reckless drinking throughout the evening ends in a fatal case of alcohol poisoning.

“We’re continuing to use virtual reality technology for social responsibility initiatives because the immersive experience brings to life the terrifying realities and dangers associated with binge drinking,” stated James Thompson, chief marketing and innovation officer, Diageo North America. “While drunk driving and underage drinking are at historic lows, binge drinking rates have remained stable. Our hope is to build on our previous successes with virtual reality to reach our audience on an emotional level and prevent future detrimental impaired decisions associated with binge drinking.”

Two different stories overlap and play out throughout the night as the viewer witnesses the consequences of binge drinking firsthand.