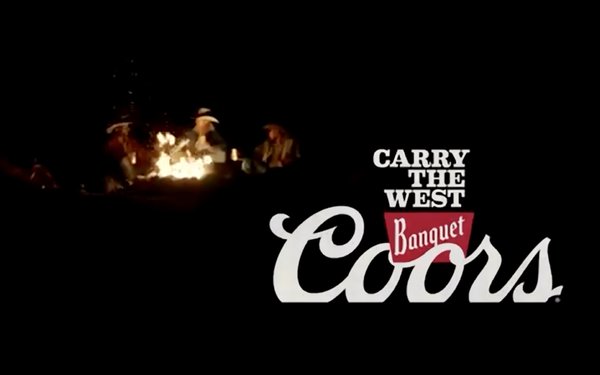 Capturing the ethos of the American West, MillerCoors is shifting its focus on premium Coors Banquet messaging away from attributes of the beer to convey more lifestyle and aspirational values of American cowboys.

Developed with agency 72andSunny, the "Carry the West" creative is undeniably male-targeted by showing images of rugged men engaging in iconic activities like cattle herding and mending fences. The voiceover by Sam Elliott further conveys this message by talking about "how nothing can be taken from a man who has freedom."

The 30-second anthem spot will air nationally on broadcast and online. Out-of-home and radio will run in select markets.

Two years ago, this partnership introduced the "How It's Done" campaign that focused on the beer's ingredients and western attitude along with a voiceover by actor Elliott.

Meanwhile, Danish brewing company Tuborg and agency Grey London are leveraging technology to provide fans with an inside look into new experiences.

The “Open to more since 1880” creative centers on a Chatbot that lets fans explore a city by telling them about bars, activities and locations guided by local Tuborg influencers and celebrities. The Facebook Messenger-chats are designed to serve as a personal travel guide with the influencer recommending specific tips, such as hitting the bar scene after six p.m. for free beer, as well as providing amusing anecdotes.

This Chatbot launches first in Serbia this month, before being released globally over the coming months. The brand campaign is also supported by bespoke social activity and a shopper marketing effort. It also includes a 30-second spot rolling out globally that celebrates the array of personalities someone meets over a lifetime as well as social media support.