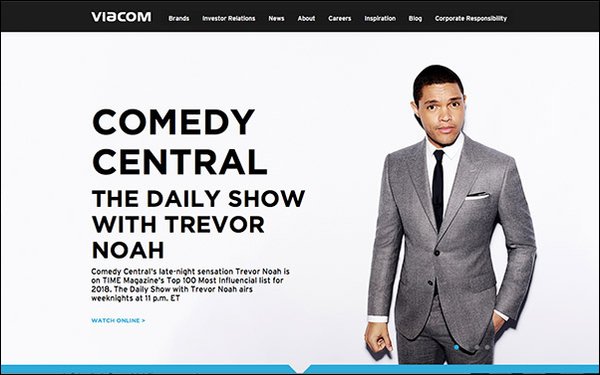 Viacom's U.S. advertising was down 3.4% to $841 million in the first quarter, slightly better than analyst' projections. This compares to the previous period, which was down 5.4%.

Ancillary revenues grew 30% to $168 million in the quarter, primarily driven by growth in consumer product, recreation and live-event revenues. Viacom's growing advanced advertising (addressable, programmatic, etc.) was up 30%, estimated to be around $300 million, according to John Janedis, media analyst at Jefferies.

Total Viacom revenue was down 3% for the quarter to $3.15 billion; with net income from continuing operations 106% higher to $264 million. Viacom’s Paramount revenue was down 17.2% to $741 million.

Todd Juenger, senior media analyst at Bernstein Research said: “When Viacom announced their earlier-than-usual EPS [earnings per share] release date, it was widely expected it would post a very strong quarter, hoping to boost its bargaining power with CBS. Relative to that expectation, we find these results somewhat underwhelming.”