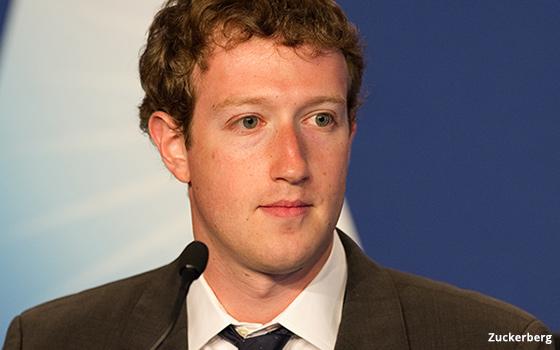 The tech titan took in nearly $12 billion in revenue during the quarter -- about 50% more than the same period a year ago.

“Despite facing important challenges, our community and business are off to a strong start in 2018,” Facebook CEO Mark Zuckerberg said on a Wednesday earnings call.

In equally impressive results, daily active users (DAUs) were 1.45 billion on average for March 2018 -- an increase of 13% year-over-year.

Monthly active users (MAUs) were 2.2 billion as of March 31, which also represented an increase of 13% year-over-year.

Without mentioning Cambridge Analytica by name, Facebook executives alluded to its recent privacy scandal in general terms. Although they continued to express contrition for the controversy, they repeatedly made the point that the interests of users, advertisers and Facebook are not in conflict.

“Advertising and protecting people’s information are not at odds,” Chief Operating Officer Sheryl Sandberg told analysts on Wednesday. She reiterated Facebook’s promise not to sell user information or disclose their personal identities to ad partners.

Along with its rivals, Facebook is bracing for the General Data Protection Regulation (GDPR) -- a comprehensive European data law set to take effect next month.

On Wednesday, however, Facebook CFO David Wehner said he does not expect the GDPR to “significantly” impact ad revenue. To comply with the new law, Facebook recently committed to asking all of its users how their data can be used to power targeted ads and facial-recognition technology.

Looking ahead, Zuckerberg said he remains determined to make Facebook “more meaningful” -- a platform that is “good for people and good for society. We are taking a broader view of our responsibility,” he said.

While it took a major privacy scandal to motivate Facebook, the company has engaged in a vigorous effort to appear more open and honest about its business practices.

For the first time, Facebook shared its internal guidelines for defining hate speech, violence, nudity, terrorism and other unacceptable content. In another first, it is also establishing a new appeals process to enable people and organizations to challenge decisions about particular posts.

Earlier this month, Zuckerberg appeared before members of the Senate Judiciary and Commerce committees and the House Energy and Commerce Committee.

Still, the company's CEO was able to dodge questions regarding Facebook’s data-collection policies, its virtual dominance of the online ad business and other tough issues.