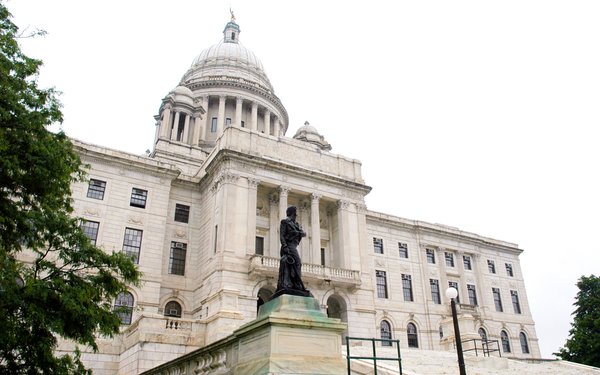 Rhode Island has joined six other states in requiring broadband providers to adhere to the Obama-era net neutrality rules as a condition of contracting with state agencies.

Last December, the Federal Communications Commission voted to repeal nationwide net neutrality rules. Republican Chairman Ajit Pai, who backed the repeal, says the regulations were too heavy-handed, and depressed investment. But consumer advocates and other net neutrality proponents say the rules are necessary to prevent broadband carriers like Comcast and AT&T from censoring sites or discriminating against over-the-top online video providers.

Raimondo's order falls short of entirely reinstating the rules within the state. Instead, the order seeks to use the state government's power to procure service as leverage to persuade broadband providers to adhere to pen internet principles.

The Rhode Island order is similar to ones signed recently by the governors of five other states -- New York, New Jersey, Montana, Hawaii and Vermont. A sixth state, Oregon, recently passed a law that similarly prohibits state agencies from contracting with broadband providers that violate net neutrality principles.

The state of Washington recently passed a more comprehensive net neutrality law that prohibits broadband providers operating in the state from blocking or throttling traffic and from charging companies higher fees for prioritized delivery. Other states, including California, are considering similar laws.

The broadband industry plans to challenge state net neutrality rules in court. When the FCC voted to repeal the net neutrality rules, it also voted to block states from passing their own versions of the regulations. It's not yet clear whether that prohibition on state laws is enforceable.

In addition to the various statewide efforts to reinstate net neutrality rules, proponents of net neutrality advocates -- including 23 attorneys general, tech companies like Mozilla, and Silicon Valley lobbying groups -- have sued the FCC over the repeal. Those groups want the D.C. Circuit Court of Appeals to reinstate the Obama-era regulations.