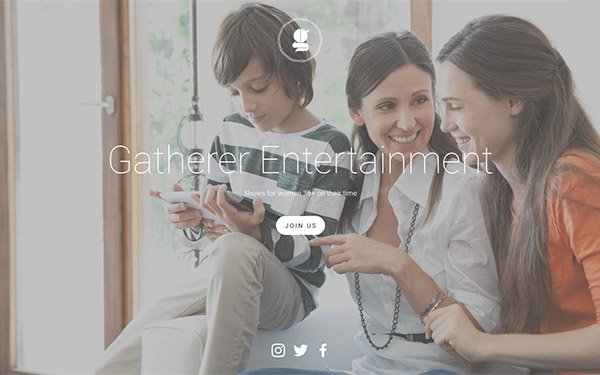 The service, Gatherer Network, will launch in the fourth quarter, and will be available on the web and on internet-connected devices. Its programming will include scripted and unscripted fare, with topics ranging from food, cooking and travel to news, beauty and fashion.

News and information programming will be delivered in two-minute pods, while scripted shows will be broken up into segments “perfectly suited to fit viewers’ fast-paced lifestyles,” according to the company.

The service will be led by former Viacom executive and Broadway producer Jenna Segal, who is Gatherer’s CEO, with Gatherer co-founder and CMO Heidi Packer Eskenazi also playing a leadership role.

Despite a slew of streaming services hitting the market, the company argues that women remain underserved by current niche offerings.

“Women have tremendous power both at home and in the workplace, and they have an incredible influence on purchases—effectively dominating consumer spending. Yet, somehow, they continue to see less and less of themselves represented in entertainment and informational offerings,” says Packer Eskenazi.