ACLU Doubles Down On Informing Immigrants Of Rights 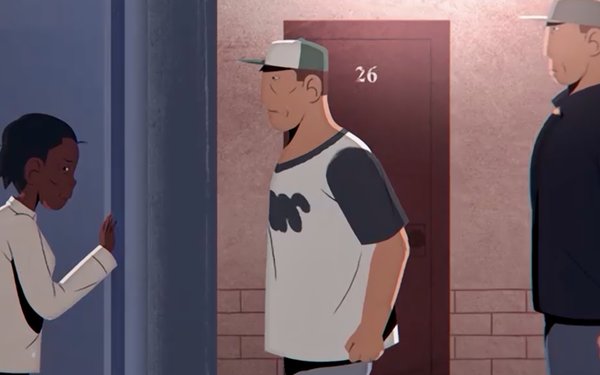 In response to a reported 30% increase in Immigration and Customs Enforcement (ICE) and removal operations in 2017 by the Trump Administration, the American Civil Liberties Union (ACLU) is launching a six-figure campaign to ensure immigrants know their legal rights.

The initial campaign, “We Have Rights,” was launched with Brooklyn Defender Services last month. Starting today, the Spanish and English ads will be featured on Radio Campesina, part of the Cesar Chavez Foundation and a trusted news source among farm workers and the undocumented community. The ads will also show up on Facebook, Pandora, and YouTube. The digital ads will run in Alaska, California, Florida, Georgia, Louisiana, Maryland, North Carolina, Oklahoma, Tennessee, Texas, and Virginia.

The ACLU says its “sophisticated targeting will ensure that the ads reach impacted communities in their native language, by using tactics such as identifying people browsing Facebook with the language set to Spanish in key areas.”

“This investment will take our reach one step further. We want to be a click or listen away for someone to know their rights and be empowered against Trump’s deportation force,” says Natalie Montelongo, ACLU campaign strategist, in a release.

The ads will be available in key localities like Kern County in California’s Central Valley that have high densities of immigrant communities and have gone through a recent uptick in ICE raids. The ads will include the phone number to volunteer-led rapid response networks hosted by the ACLU’s California affiliates to flag ICE raids and help immigrants get legal representation and challenge detentions and deportations.

Available in English, Spanish, Arabic, Mandarin, Russian, Haitian Creole and Urdu, the videos are based on true stories and provide practical tips for how to safely defend the legal and human rights of immigrants during four common encounters with ICE: when ICE is at the door, when ICE is inside homes, when ICE stops people in the street, and when ICE arrests immigrants.

Enforcement has included many who previously were not likely to be targeted by ICE, such as people married to American citizens, young people and people who have never been convicted of a crime.