Can Tech - Or Anything - Woo New Golfers? 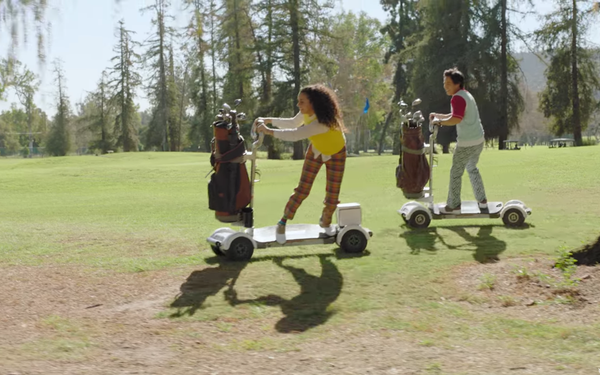 Hey, got lots of cash and four hours to spend this weekend for 18 holes of golf, a sport that’s best known these days for calling the cops on African-American women, a fizzling Tiger Woods comeback, and as the favorite pastime of wealthy white guys? Nope, didn’t think so.

Susan Song, chief marketing officer of 18Birdies, wants to change all that. After its launch last year, the app, which now has close to 1 million users, hopes to spark “the democratization of golf.” With a new ad campaign, “Welcome to your game,” she tells Marketing Daily about what’s behind the decline in play.

Q. Who golfs, these days?

A. The primary concern is that the majority of players are aging — Baby Boomers or older, white and male. And 20% of the avid golfers do most of the playing (and spending). It’s a pay-to-play sport, so it’s relatively expensive. The demographics are challenging. Millennials are not participating at as a high a rate as previous generations. Neither are women and minorities.

Q. What are the barriers?

A. They’re structural. So many of them are around time and cost. It takes about four hours to play 18 holes. Who has that? Or even two hours, for nine holes? The experience isn’t optimized for today’s lifestyles. So you have to make a case to people that it’s worth their time.

Q. Why are women, especially, so turned off?

A. We just finished this ethnographic research on women, and it’s pronounced. About 40% of people who play tennis, for example, are women, yet they account for just 24% of golfers. We think it’s because the golf industry has this stuffy image of elitism and country clubs — it alienates a lot more people than it attracts. Women have different needs and cultural perceptions. And whether it’s inertia or lack of innovative thinking, the golf industry has very little sense of urgency to change things. Even women who golf don’t feel they own the sport.

A. They often came into the sport because of someone in their life, so they say things like “That’s my husband’s sport” or “That’s my dad’s thing.” The role of the significant other is huge. It’s a positive, of course, because she is being introduced to the sport. But the downside is that women are more like passengers, and the husband becomes almost like a crutch. If you’re always relying on someone for the basics, like “Which club do I use?” it creates this disconnected dynamic.

Q. How does 18Birdies help?

A. It’s great for women and beginners, who come in with a lower golf IQ. It’s embarrassing to ask about basic vocabulary, for instance. So this is a tool to get smarter without having to rely on other people. It’s empowering.

Q. How are you hoping to draw women into the sport?

A. At the junior level, girls account for 50% of the players now, so that’s great. The problem is keeping them engaged as they get older, and we’ve identified a segment we call dormant golfers, like me. When I was 30 and single, I played 30 rounds a year. Now I have a three year old and don’t have the time. So how can we make golf accessible and bite-sized and consumable to those golfers?

Q. Is someone a golfer if they don’t play anymore?

A. We’re struggling with the definition. Is someone a golfer if they watch it on TV, but don’t have time to play? Maybe they’ll consume content, like videos they can practice in their backyard. That redefinition is the issue: Look at the success of Topgolf, for example, which is making golf more like a social, bowling alley experience.

Q. What are you hoping to accomplish with the new ad campaign?

A. Optics are so important, and as the saying goes, “You can’t be what you can’t see.” The ad shows all kinds of people playing, not just different ages and ethnicities, but someone with a prosthetic leg, and a soldier in Afghanistan.