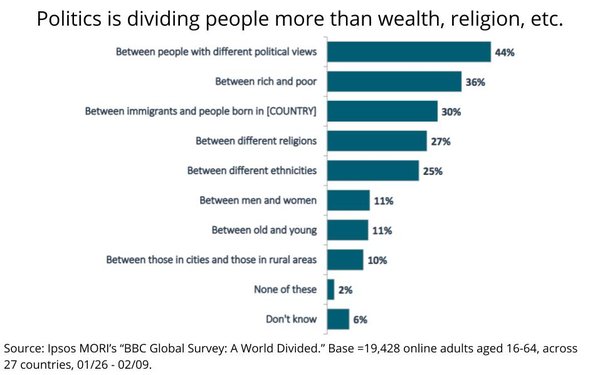 Political affiliation, more than wealth, religion, ethnicity, gender or any other attribute, is the No. 1 factor dividing society, according to a multinational survey conducted by Ipsos MORI for the BBC.

The study, “A World Divided,” found differences in political views are perceived as being the greatest cause of tension between people by a wide margin (44% vs. the next closest factor, wealth’s 36%).

That’s the global average among more than 19,00 adults surveyed in 27 countries, but in the U.S. the divisive nature of politics was cited as the No. factor by a majority of respondents (53%).

In fact, citizens of the “United” States perceive they are more divided now than they were 10 years ago, ranking as eighth among respondents of the 27 nations. 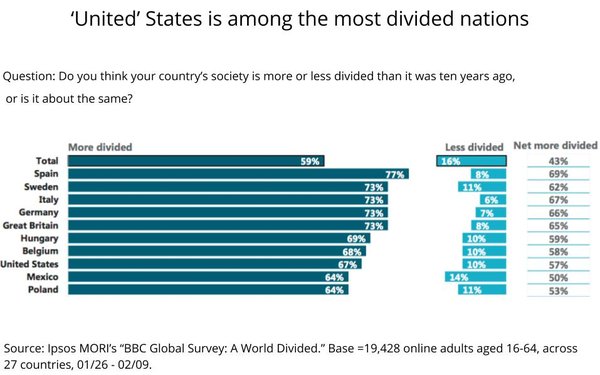