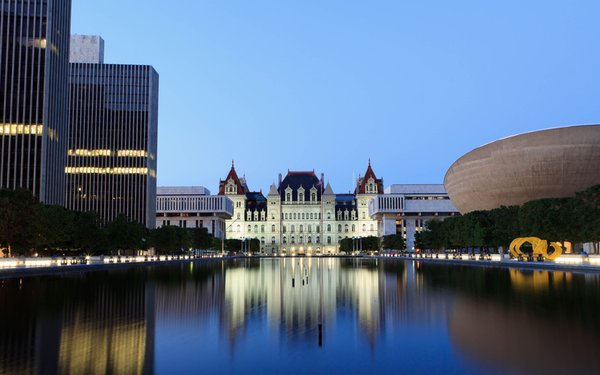 A New York state lawmaker this week unveiled a sweeping net neutrality bill that mimics one under consideration in California.

Senate Bill S8321, introduced by Manhattan Democrat Brad Hoylman, would prohibit broadband providers from blocking or throttling traffic, and from charging higher fees for prioritized delivery. It also would prohibit some forms of "zero-rating," which involves exempting some material from consumers' data caps, and would limit some forms of paid "interconnection" agreements. Those agreements can involve video providers paying broadband carriers to interconnect directly with their network. Netflix famously entered into interconnection agreements with carriers in 2014, in order to resolve problems with choppy streams.

Hoylman and California State Senator Scott Weiner (D-San Francisco) said in a joint statement that they are collaborating "on a bicoastal effort to restore the rights of an open and free internet through net neutrality legislation."

They added that their bills "will restore the full net neutrality principles to one-fifth of the American population."

Hoylman's bill goes further by requiring all carriers to follow principles of net neutrality, regardless of whether they contract with state agencies.

Net neutrality proponents say the rules are needed to to prevent carriers from discriminating against competitors and small companies that can't afford high fees for fast-lane service. But FCC Chair Ajit Pai, who pressed for the repeal, says the rules were "heavy-handed" and depressed investment.

Since the repeal, governors in a total of six states have signed orders requiring state agencies to contract only with providers that follow net neutrality principles. The state of Oregon recently passed a law that similarly prohibits state agencies from contracting with broadband providers that violate net neutrality principles. Washington state passed a more comprehensive net neutrality law that prohibits broadband providers operating in the state from blocking or throttling traffic and from charging companies higher fees for prioritized delivery.