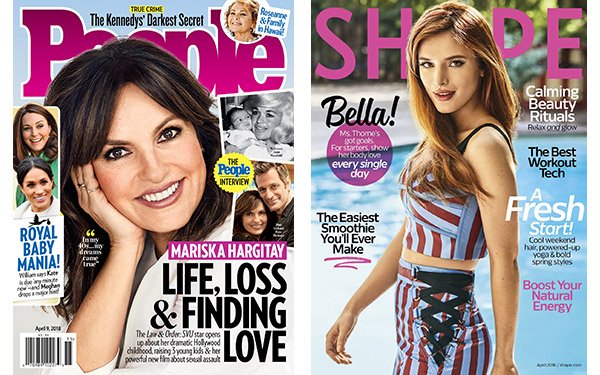 Meredith Corp. announced a number of new digital video series at its NewFront presentation this morning, focused primarily on its entertainment and lifestyle brands, such as People and Shape, as well as a video sales guarantee and new ad product.

This was Meredith Corp.’s first NewFront since acquiring Time Inc. and its brands in February.

Meredith announced it would extend its sales guarantee to video. Advertising will lead to a sales lift for advertisers or they gets money back.

Marla Newman, senior vice president, digital at Meredith, said advertisers will have the opportunity to place their own creative between  editorial or native content created with Meredith’s branded content studio. The stories can then be distributed on Facebook, Instagram and Snapchat.

“Food With Purpose” will focus on a range of farms, personalities and restaurants dedicated to providing food for the disadvantaged. As noted in the show, the problem is not a lack of fresh food, but an inequality of food distribution. This will be a collaboration between Better Homes & Gardens, EatingWell and Food & Wine.

“Inside-Out Beauty” is a new series from Shape that will examine the beauty industry by focusing on the science of skin and products. For example, it looks at the effect of pollution on skin and the effectiveness of trendy ingredients in beauty products.

“Beyond the Storm” will tell stories of heroes working to rebuild hometowns decimated by major natural disasters. Lin Manuel Miranda and Bethenny Frankel were featured in the preview shown at the NewFront presentation.

InStyle’s “Badass Women” will feature interviews with 12 women breaking down barriers in their industries or finding their voice, such as Ellen Pompeo, Auli'i Cravalho and Ava DuVernay.

“Cha@tter” is a Twitter-focused nightly video series hosted by Rocsi Diaz and a guest to discuss the biggest stories and reactions on the social-media platform.

Comedian Michelle Collins will host “Search History,” a PeopleTV series that will ask passersby for their phones and reveal embarrassing details about their lives, from their Internet searches to their photos.