The 'Westworld' Mystique: Violence In A High-Tech World 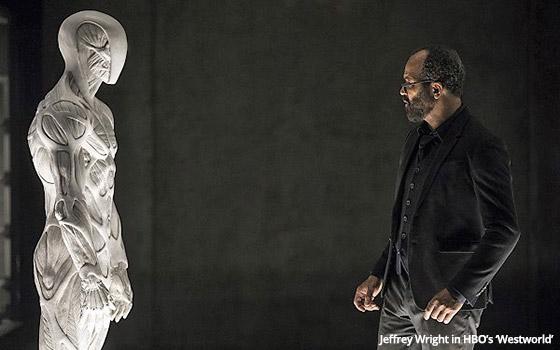 HBO’s "Westworld" would seem to be TV’s "it" show of the moment, and for good reason.

Just three episodes into its second season (No. 3 aired last night -- Sunday), the show has already been renewed for a third season. The show is one of those that is talked about incessantly after each episode premieres.

I even read somewhere that the Internet is full of bloggers and other essayists who dissect every episode as if the show is the centerpiece of a college course and they are required to fill a blue book about it every Monday.

This show is nothing if not timely since, at its core, it is about technology run amok. And to zero in a little more specifically on this theme, it is about the unintended consequences that can arise when humans create technological systems that are so complex that in the long run, they become too unwieldy to control.

The show conjures up a world in which humanoid robots are designed to fulfill the fantasies of human tourists who visit the Westworld theme park.

Old West adventures are just some of the offerings available. In the park's many sections, visitors can also take part in simulated fantasy excursions and experiences in various exotic locations around the world.

It's all thanks to advancements in artificial intelligence and robotics. Predictably, the whole carefully planned thing goes awry when the human operators and managers of this huge facility lose control of the robotic inhabitants that they themselves created and programmed.

In “Westworld,” this loss of control leads to carnage. Humans and their robot counterparts (who are so realistic that they spurt real blood, or a reasonable facsimile) are shot, stabbed, slashed, clubbed and hanged.

In scene after scene, corpses in various states of disfigurement and decomposition litter the streets of the park's fictional Old West town, a patio in another portion of the park, and the corridors and ultra-modern laboratories where the human managers and maintenance personnel once worked and controlled the robots that are now massacring them.

The scenes of corpses are reminiscent of Jonestown and other scenes of massacres. In some instances, at least for a fleeting second or two, the scenes even suggest the photos and newsreels of Nazi concentration camp victims.

Recently, while watching one episode of “Westworld” in which scenes depicting the aftermath of mass death seemed to come one after the other, I wondered if this was what the scenes of real-life massacres look like after they are over -- in an elementary school in Connecticut, for example, or an Orlando nightclub or at the site of an outdoor concert in Las Vegas, or a hundred other places.

For me, like so much of TV today, the scenes of almost constant bloody violence make “Westworld” difficult to watch for, among other reasons, their similarity to the violence that is happening all around us here in the real world.

But wait a minute. Even as I write that, I realize that for many people today, it is not difficult to watch “Westworld” or any number of violent TV shows and movies.

On another cable channel, a series whose most conspicuous trait is carnage and violent death on a grand scale -- “The Walking Dead” on AMC -- is the highest-rated scripted TV series in America.

When considering the topic of extreme violence in our everyday entertainments, I struggle to understand how or why people can take it all in without suffering some sort of PTSD-like effects.

Well, one might say that these depictions are not real, only simulated -- although they are realistic looking. Moreover, they involve characters and situations that are far removed from us. They are fictional. In “Westworld,” the events take place in a facility that does not exist.

However, it seems also true that in an era of realistic, violent movies, TV shows, video games and virtual reality, it is reasonable to conclude that at least some people (if not many) are living in their heads and having violent fantasies.

A few of them then go out into the world, and with the help of weaponry that is not difficult to obtain, act out their violent fantasies. As in “Westworld,” the result is carnage.

If this is accurate (and I am just a TV critic, not a social scientist), then it can be said that the technology we have on hand today is not entirely within our control because, like in “Westworld,” the technological world we have made is having some consequences that no one intended.