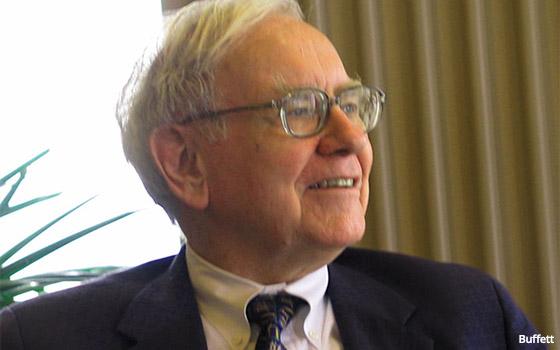 "The key thing for us is that we're pivoting. Our plan is to go on serving our loyal print subscribers as long as we can. But meanwhile, to build up the digital business, so that we have a successful growing company and a successful news operation long after print is gone," he stated.

Last weekend, during an appearance at the company’s annual meeting, Buffet said he believes only three papers have the digital power to sustain their print products: The Washington Post, The Wall Street Journal and The New York Times.

(Various U.S. newspapers have either shuttered, such as the Rocky Mountain News and Tucson Citizen, or cut back on their print runs. Or, like the Seattle Post-Intelligencer, they've gone digital-only. The iconic Village Voice ended its print run in September 2017.)

Buffet's statement is shocking, sobering and no surprise. Newspapers are buckling under pressure from various directions — from the loss of advertising dollars to the cost of newsprint.

However, the Poynter Institute recently ran a piece about the Minneapolis Star Tribune. It credited the newspaper’s sustained success to mining digital and other dollars to maintain its print product.

The Star Tribune has the fifth-largest Sunday circulation for a metro newspaper in the country, following the NYT, Los Angeles Times, Chicago Tribune and The Washington Post.

Publisher and CEO Mike Klingensmith breaks down the numbers, saying that although a digital subscription brings in only half of what a print sub does, the cost of serving those customers is closer to zero.

Also, print costs — newsprint, production and circulation — are massive. While digital advertising is expected to grow by 7.5% a year, print circulation is also expected to show gains, even if modest.

Klingensmith told Poynter the company plans its budget by approximately how much print advertising it expects to lose in the coming year. It then figures out how to accommodate those losses with other solutions and products, including events, a newly launched general-interest magazine sent to subscribers and sold on newsstands, and printing USA Today for the region.

In 2018, the Star Tribune also introduced a special sponsored section to its Saturday edition.

So, while Buffet’s words do strike a truthful chord, another truth is that news companies possessing the nimbleness and vision required to accommodate the issues and setbacks facing digital and print media today may still end up on top.

The New York Times may have predicted its print demise, but that forecast may not apply to all newspapers.