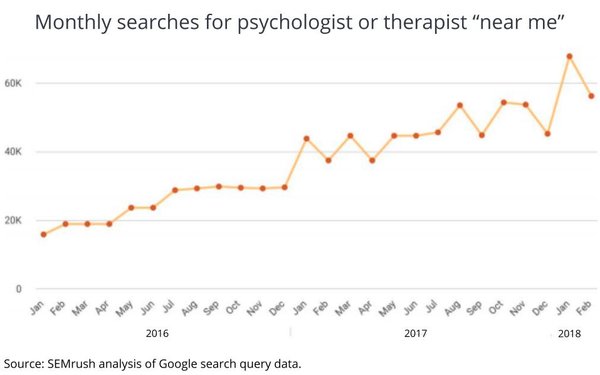 Is there a correlation between Donald Trump’s election and psychological or emotional disorders? That certainly seems to be the case based on a longitudinal analysis search specialist SEMrush released Thursday showing a surge in U.S. Google search queries for the terms “psychologist near me” and/or “psychotherapist near me.”

“While this data doesn’t prove a correlational relationship, the story this data tells is worth noting,” said Oleg Shchegolev, CEO and founder of SEMrush, adding, “While marketers live and breathe data, at SEMrush we take pride in illustrating the sometimes emotional reasoning behind consumers’ searches. In this case, the spikes in actionable searches during both the U.S. election and inauguration serve as a window to the American psyche.”