How I Became A Third Party: A First-Person Account 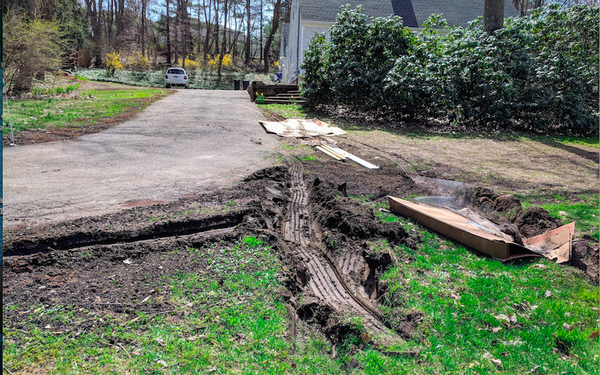 Our industry loves a good party, but lately, it’s become a little too obsessed with the first, second and third kind. So here’s my first-person account of how Home Depot turned me from a high value customer -- you know, the kind marketers describe as a “first-party” relationship -- into a third party that was somebody else’s problem: mine.

The funny thing is I started drafting this column months ago, when I still had a first-party relationship with Home Depot. It’s one I thought I had for most of my adult life: five homes, and six-figures-plus that would’ve put me into any retailer’s bucket as a “high quality customer” -- the kind with “lifetime value.”

Overall, I’ve been pretty happy with my first-party relationship with Home Depot for nearly four decades. It  became my go-to brand for both home improvement products and services. But I was especially impressed when my wife and I began doing research to replace our sliding patio doors.

That’s when we met Sawyer in the windows and doors department of the Home Depot in Trumbull, Conn. He was amazing, answered all our questions, and followed up numerous times in a helpful, not pushy way. He even got us an unsolicited volume discount on our order, which closed the deal. We contracted to have the doors installed by one of Home Depot’s professional contractors.

I was doubly impressed by Home Depot’s digital follow-ups, including a series of personalized emails updating us on every stage of the order, the delivery and installation process.

The contractor, Marty, whom Home Depot contracted with, was also remarkable -- a skilled craftsman, affable guy and a real pro from end-to-end.

But something happened between that amazing front-end, and the tragic back-end that turns this story into a textbook case study of customer relationship mismanagement. And it was a parting of the ways that’s all about what kind of party Home Depot considered me to be.

Instead of bringing the doors personally on the day of installation as our contract stipulated, the Home Depot contractor had them delivered ahead of time by a trucking service. As the driver backed down my driveway he asked if he could go over my freshly graded and seeded lawn and I said, “No. If you do, you will sink in and get stuck.”

The driver then proceeded to back onto my front lawn, sunk into it and got stuck, spinning his wheels and creating giant ruts. I spent much of the rest of my Saturday afternoon helping him get unstuck.

I know stuff happens, but when I called Home Depot to report the damage, that’s when this story took a turn. I was referred to one of the Trumbull store’s assistant managers, “T,” who immediately began distancing Home Depot’s responsibility, using the term “third party” to describe the trucking service Home Depot contracted with to deliver the doors I contracted with them to have professionally installed.

She then began a “claims” process and told me I would need to work with another third party, Sedgwick Claims Management Services. I explained I didn’t want to start dealing with third parties to have my lawn repaired and I considered it Home Depot’s responsibility. It even says that explicitly in our contract:

“3. HOME DEPOT’S RESPONSIBILITIES: Home Depot or Service Provider will complete the Service in a workmanlike manner and in accordance with applicable local law without causing damage to Your Home.” 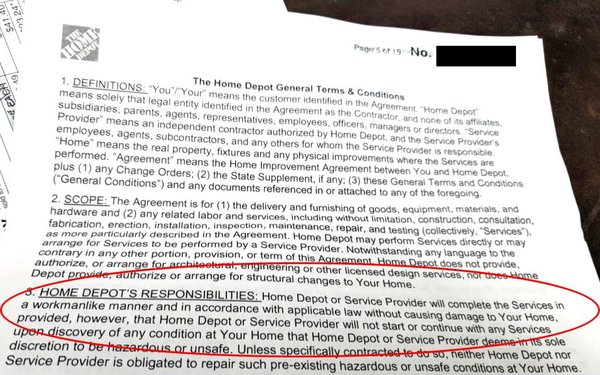 Contracts, aside, I told her I was a life-long customer of Home Depot’s and I used the store because I believed it stood by its i reputation and it would honor its responsibility to its customers.

She assured me this was the way to handle it and I should send her a photo of the damage (see above), a statement about what happened and state it was urgent to have my property repaired.

It was urgent, because we were about to host two of the most important events we would ever have at our home: a party celebrating my daughter’s college graduation, and a memorial service celebrating the life of my mother.

More than two weeks later, numerous calls and emails between T, Sedgwick’s Claims Associate Tyler, a representative of the trucking service Carmen, and another assistant manager of the Trumbull store, Harold, my lawn still had giant ruts in it, we celebrated my daughter’s graduation anyway, and I’m still trying to figure out how to fix my lawn in time for my mother’s memorial.

I should say Trumbull Assistant Store Manager Harold was at least empathetic, acknowledged it was the store’s responsibility to fix the damage, said he would see what he could do, but on Friday he emailed me saying, “I spoke with our claims department. They stated they sent you an email with a resolution yesterday," and asked to see it.

I then sent him a copy of the email “resolution” (below) I received from Tyler, which said, “Please be advised that this claim has been tendered to [the trucking service] XPO Last Mile for further handling.”

I’ll spare you the rest of the details but the bottom line is that when push came to shove and Home Depot had an opportunity to show me it valued me as a life-long customer, it shifted me from a first person to a third party.

CRM, Big Data, MORI, and a bunch of other marketing jargon and acronyms aside, it just didn’t have my back. End of story. 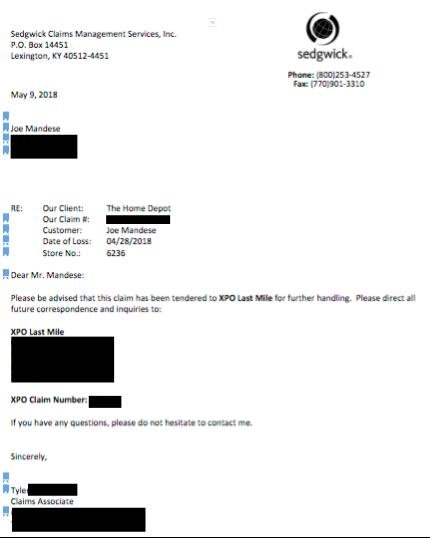 customer experience
5 comments about "How I Became A Third Party: A First-Person Account".
Check to receive email when comments are posted.
Read more comments >
Next story loading