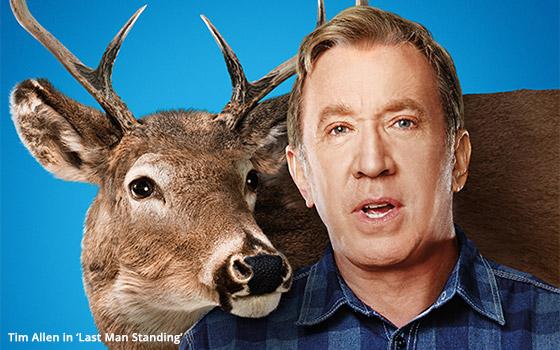 With the Fox Television Network in major transition -- its parent company is selling about half its TV-film businesses to Walt Disney -- the network has announced five new shows for the upcoming season.

Three comedies and two dramas are planned for this year -- including a resurrected “Last Man Standing,” which last appeared on ABC in 2016-2017 season.

This year, Fox will see 13 of its prime-time scripted TV shows coming from its own Fox TV production unit. A potential $52.4 billion acquisition that will see the TV-film studio moving to Disney.

“Last Man Standing” will get the 8 p.m. time slot on Friday -- the same time period that it ran on ABC for virtually all of its initial run. Also on Friday will be a new show, “The Cool Kids” at 8:30 a.m. -- about a group of friends living in a retirement community;

This fall, Fox will devote more time to the NFL, securing the complete broadcast network portion of the “Thursday Night Football” package under a five-year deal for $550 million -- airing 11 games per year. “TNF” broadcast airings were shared by NBC and CBS last year.

With the 2017-2018 TV season nearly complete, Fox is in a tie for third place (with ABC) among key 18-49 viewers, with a Nielsen 1.5 rating/6 share for the live-program plus same-day viewing. Fox is in fourth place in overall viewers, averaging 5 million in prime time.

On Sunday, at the end of its animation block, Fox will start “REL,” a comedy about a Chicago husband/father who finds out his wife is having an affair with his barber.

In midseason, Fox will air the drama “The Passage” -- about a secret medical facility where scientists are experimenting with a dangerous virus that could lead to the cure for all disease -- or potentially wipe out the human race. Another hourlong drama, “Proven Innocent,” tells the story of one woman’s fight for the innocence of others, as well as her own.