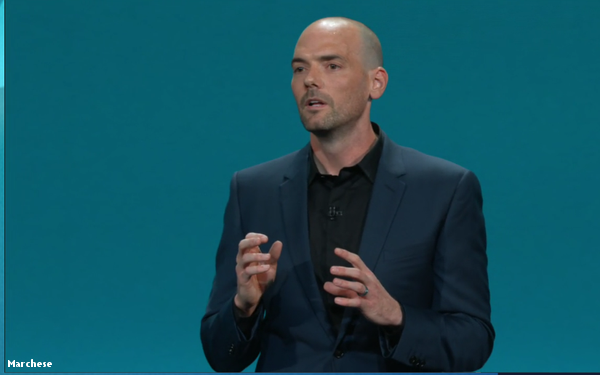 While announcing specifics around trimming prime-time commercial time during its upfront TV presentation to advertisers, Fox also took a swipe at other networks' new advertising efforts when it comes to business outcome “guarantees.”

Joe Marchese, president of advertising revenue, Fox Networks Group, said for the upcoming season, Fox networks will be offering a smaller advertising pod called JAZ (“Just A and Z”), just two 30-second commercials. He talked this up at a Fox advertising event in the spring.

“Instead of being one of 10 or more commercials, your ad is now one of two,” he said. “More memorable."

For starters, during the upcoming season, Fox will dedicate selected Sunday nights for its animation block and JAZ pod-only commercial breaks.

Later this year, JAZ will be available across all FNG’s networks, shows, events and time-blocks. For the FX cable network’s new show, produced with The New York Times, called “The Weekly,” JAZ will be the only format of linear national advertising available.

All this is to guarantee advertisers adjacency to sports and entertainment programming. “It's more connected to the content,” says Marchese. Research has showed that the first and last commercial in a multi-commercial pod has the higher recall.

While other networks have cut back on commercial time -- or intend to for next year -- not all new TV network advertising innovation seems workable, says Marchese.

“It seems popular for networks to start guaranteeing sales outcomes,” he says. “Forget that they have no idea of your product, pricing or how competitive the market is going to be.”

A+E Networks said it would be offering “business outcome” guarantees; NBCUniversal said it was expanding its efforts around attribution of data for marketers -- but stopped short of saying it would make guarantees.

In addition to JAZ, Fox talked up some recent ad format opportunities -- shorter six-second commercials; offering a single ad message in between live sports action; and "talent-curated commercials," in which viewers can be connected from actual breaks to live programming.