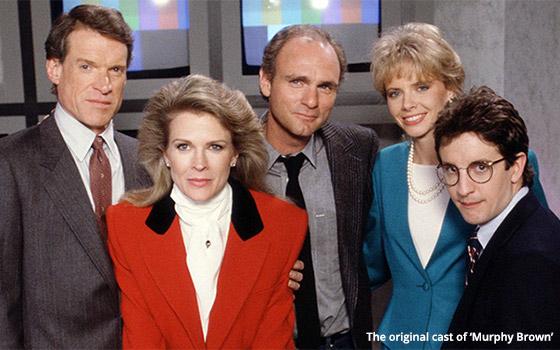 CBS' programming consistency has been one of its key attributes for advertisers. In that area, it has added more familiarity.

For the upcoming season, CBS has added new versions of “Murphy Brown” and an updated "Magnum P.I." -- which now brings a total of five remakes, adding to “MacGyver,” “Hawaii Five-0” and “S.W.A.T.”

At a press conference before its upfront programming presentation for next season, Kelly Kahl, president of CBS Entertainment, was asked what kind of message this sends to the creative community.

“We have plenty of shows that aren’t remakes. ... Our message is, continue to bring us your best stuff.”

CBS has dominated overall TV viewership for years. But with NBC airing the Super Bowl and the Winter Olympics this season, that status was threatened. NBC has been ahead since February. Since then, CBS big shows have continued to make gains.

And this week, just before the end of the season, Nielsen's numbers show that CBS has just edged out NBC -- 8.98 million viewers to 8.95 million viewers.

For next season, CBS is debuting eight new shows, with five for the fall. Its biggest change is on Monday -- with two new comedies and one drama.

At 8 p.m. is “The Neighborhood,” starring Cedric the Entertainer in a show about what happens when a friendly Midwestern guy and his family move to Los Angeles. “Happy Together,” at 8:30 p.m., is about a 30-something happily married couple who begin to reconnect with their younger selves. Then comes the updated version of “Magnum P.I.” at 9 p.m.

On Tuesday at 9 p.m., “FBI” is a drama about the inner workings of its New York office. Sunday also has a new drama, “God Friended Me,” at 8 p.m., focusing on an outspoken atheist whose life is turned upside down when he receives a friend request on social media from God.”

New midseason shows include “The Code,” a look at the military’s brightest minds taking on tough legal challenges. “Fam,” a comedy, is about a woman’s perfect life, interrupted by her out-of-control half-sister who comes to live with her. “The Red Line” follows three Chicago families in the wake of the mistaken shooting of an African American doctor by a white cop.