This Blockparty Concert Ticket Could Be Just For You 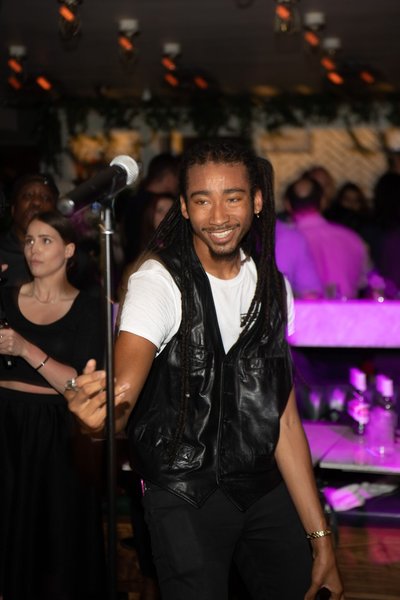 Blockchain, the new technology that appeals because its decentralized data creates a kind of personal security, has spawned a ticket-selling business. Using Blockchain, the new Blockparty hopes it can stop ticket forgers and scalpers and put an end to bots that buy up concert tickets in big, anonymous gulps.

Backed by executives from the Blockchain and live events business, in theory Blockparty can regulate who is buying tickets, and give venues a chance to set ticket prices and offer rewards by monitoring the secondary (re-sale) market. That’s because each ticket purchased essentially has its own identity. For consumers, that feature could limit scalpers from buying and re-selling tickets at inflated prices.

“In secondary markets, there’s no guarantee that a ticket is legitimate and nobody has quite solved this problem yet,” says Shiv Madan, Blockparty CEO, tells Marketing Daily. “With Blockparty, we let the event organizer create rules for the number of tickets that can be bought in one go, and these rules are completely adjustable. If someone wants to just send tickets to a broker, they can do this. However, in order to get into the event, the broker would need to give each ticket to somebody with an identity.

“If someone wants to buy a thousand tickets to a Taylor Swift concert, the event organizer would decide if this is possible. Brokers have a reputation within the Blockparty ecosystem, so if they act badly, such as selling tickets for ridiculously high prices, this would have an effect on their future ticket selling. As long as the event organizers themselves set the right parameters, all parties can win.”

And what if, more simply, you buy a small handful of tickets for you and friends? “If you buy five tickets and distribute to five people, they just download the Blockparty app and use their identity to receive entry,” Madan says. “There’s no hack to getting in multiple times or creating fake tickets.”

Blockchain gained traction in the bitcoin world, and the world of possibilities for its use was explored at the SXSW music and tech fest in Austin so fully that Blockchain-themed events and lectures were organized into a separate category.

The ticket system will be utilized for the first time at the Elements Lakewood Festival in Pennsylvania  on Memorial Day weekend.