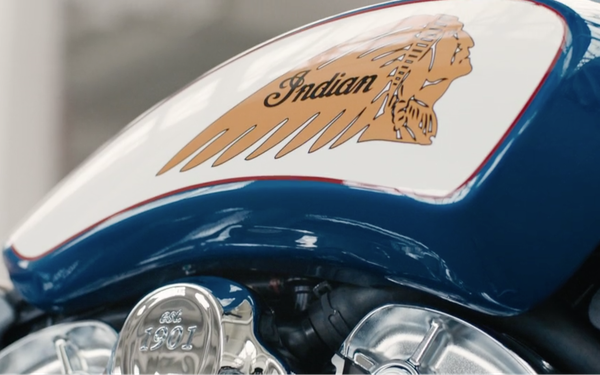 Indian Motorcycle is playing up the brand’s commitment to craftsmanship in the company’s most aggressive brand campaign to date.

“Indian Motorcycle occupies a unique and special place in the category. The brand’s heritage, design and craftsmanship offer riders a motorcycling experience they can’t get anywhere else,” said Reid Wilson, senior director of marketing and product development, Indian Motorcycle, in a release.

Themed “Set the Standard,” it is the first campaign from Solve, an independent Minneapolis-based agency that unseated incumbent Team One in a review late last year.

The effort features a range of the brand’s most sought-after models. Placements can be seen in all major enthusiast publications along with airings on major cable outlets such as ESPN and Discovery.

The campaign from Team One — the agency’s last work for the brand — included a partnership with Inked Magazine, including an advertorial spread in the July/August issue and a 90-second film that will be hosted on indianmotorcycle.com/inked and on YouTube. The film shows how the ink was made and also includes Hart getting the first tattoo using it.