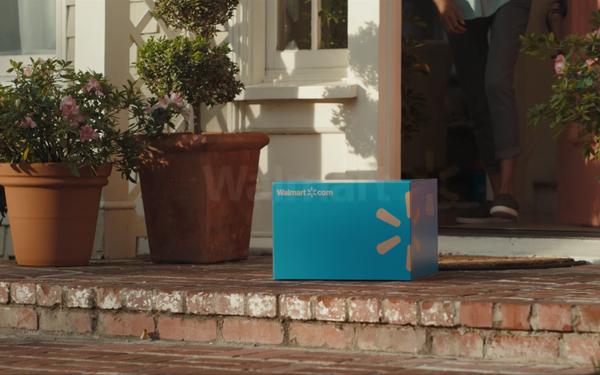 Walmart’s sales and profits beat market expectations, with the retailer reporting that its e-commerce business continues to grow and improve. For the first quarter, it says total sales advanced 2.7% to $122.7 billion, on a constant currency basis, with comparable-store sales in the U.S. growing 2.1%, with increases in both traffic and average customer spending. Operating income fell 1.6% to $5.2 billion.

And while many observers have been concerned that the Bentonville, Ark-based chain might be losing some of its e-commerce growth mojo, it says U.S. e-commerce grew 33%, and that customers are “responding well to the refreshed, personalized and engaging experience,” says Doug McMillon, president and CEO, in remarks prepared for a presentation for investors.

Citing the redesign and its just-unveiled Lord & Taylor store, offering premium brands in a first for the budget retailer, “our four Walmart.com assortment offers more than 75 million first and third-party items.” He says it’s increasing online grocery pickup to reach 2,100 locations in the U.S., and rolling out grocery delivery to 800 stores, “allowing us to cover 40% of the U.S. population with delivery.”

Also, he pointed out the strength it hopes to get from the recent Flipkart investment in India. "E-commerce in India is growing rapidly, and we expect it to grow at four times the rate of overall retail,” he says. “Flipkart is already capturing a large portion of this growth and is well positioned to accelerate into the future.”

Those gains continue “to reflect Walmart’s significant spending to enhance its online capability, invest in people, price and stores, and battle Amazon for market share,” tweets Charlie O’Shea, lead retail analyst for Moody’s Investor Service. “Competition remains acute on all fronts and we believe Walmart is well positioned to thrive.”

While that e-commerce gain did beat expectations, there is lingering concern that Walmart won't be able to maintain that growth, writes Paul Trussell, an analyst who follows Walmart for Deutsche Bank. Also, the U.S. comparable store sales were a bit lower than Wall Street's consensus.

Still, he sees gains stemming from the retailer’s efforts to make shopping in its stores more rewarding for consumers. “Categories like fresh foods and packaged goods were particularly strong due in part to growth in private brands,” he writes, with health and wellness, home, automotive, and wireless departments doing well.