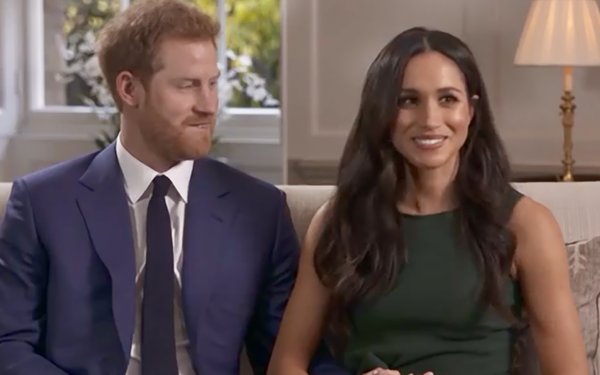 Not surprisingly, the impending nuptials between Prince Harry and American actress Meghan Markle has been one of the main topics of conversation on social media, with some surprises.

NewsWhip, which does real-time analysis of news buzz and its ebbs and flows, has compiled a fat file of facts.

It gets pretty granular.

For example, NewsWhip counted the use of emojis that accompany the many Harry and Meghan stories and discovered 1) a romantic “heart” emoji was first; 2) an engagement ring was second.

“The most creative emoji usage went to the BBC, for a video about a “royal fist bump,” according to the NewsWhip blog.

In Royal Wedding Facebook story posts in April, emojis (presumably lovey-dovey ones) accompanied 58 of the top 200 headlined items (only 27 did in January).

“As we’ve seen before, emotional content is shareable content, and emoji can be used to elicit an emotional response,” the blog notes.

Happy emojis are not unexpected, but NewsWhip found it significant that of all the Facebook posts leading up to the wedding, the one with the most interest was video of Markle’s statements about women at the United Nations Conference on Women in 2015, which had 1.4 million interactions. It is one of three videos displaying her views on women’s empowerment to land in the top 10.

Depending on which social media is observed, the royal wedding’s peak excitement is long past, or still in progress. On Facebook, engagements topped out in November when the couple was, well, engaged. It plummeted after December and has been doing a slow build ever since, but is still less than half of what the couple got seven months ago.

On the other hand, Pinterest users are just getting warmed up. “If anything, November was just the spark,” the blogs says. “Since Prince Harry and Meghan Markle’s engagement, Pinterest buzz has only grown steadily, month by month, reaching 80,000 pins for royal wedding-related content in April.”

It appears that many on social media were not very interested in the more typical pre-wedding topics, like dresses, flowers, honeymoons or true love.

The NewsWhip analytics says that nearly 20% of the stories getting out-sized attention on Facebook connected the wedding to U.S. politics.

The top one seems to be false news, titled, “White House Erupting in RAGE after Obama Gets Invited to Royal Wedding--Trump Got DENIED.” It got 816,000 engagements, though none of it seems to be true. Another variation of the same false “story” got 145,000 engagements.

NewsWhip wanted to see how things changed as the marriage date came closer.

And it seems the marriage itself is now emerging as  more like the star of the show, with a twist or two.

News that Will Ferrell (as health and fitness guru Cord Hosenbeck) and Molly Shannon (as “L.A. Law” alum Tish Cattigan) will live-host the ceremony on HBO topped all others on Facebook, with 177,000 engagements this month.

A deliberate spoof story also made the list. From Canada’s Beaverton.com comes: “‘Suits’ actor Meghan Markle to marry a man living off government assistance.” It has over 23,000 engagements so far.