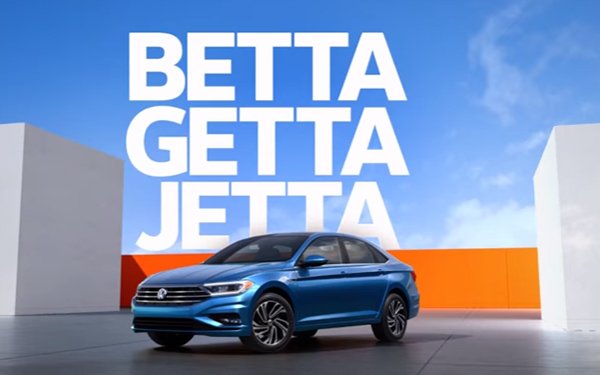 Volkswagen is launching a big new “relaunch” campaign from agency Deutsch this weekend to introduce its 2019 Jetta. The new vehicle hits showrooms this month.

Given the 38-year-old nameplate’s new and improved sound system from BeatsAudio, the company is using the Billboard Music Awards on May 20 as a launch platform.

It will air three of a dozen new spots in the popular awards show — “Remix,” “Bumper-to-Bumper” and “Turb-Whoa.”

To add sizzle to the campaign, the agency partnered with Intercope Records to feature 12 tracks from emerging artists on their label to help showcase the car’s new sound system.

Five of the campaign spots (including the three airing in the Billboard awards show) will run nationally on various broadcast, digital and social channels.

“This campaign is a true example of the product inspiring the campaign,” stated Jim Zabel, senior vice president of marketing, Volkswagen of America. “Unique features like ambient lighting and BeatsAudio provide a unifying thread of color and music throughout the work. Although the product is the star, the fun spirit of Jetta shines through every piece of work.”

Todd Riddle, executive vice president-executive creative director at Deutsch, added that the basic idea was to “convey a youthful and fun side of the brand” in the relaunch effort.

“We tapped into different production techniques and utilized music in ways we haven’t before. It is a perfect reflection of the brand’s soul while signaling an important progression with the new Jetta."